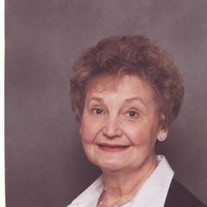 Zana Ankeny, 74, passed out of this life and into the light of heaven on Thursday, February 13, 2014, in Denver, Colorado. Zana was born in Butte, Montana on March 25, 1939.  She was the sixth and youngest child of Harry and Wasylyna Mular.  She loved acting and dancing and was very artistic. She attended Washington grade school and graduated from Butte High in 1957. She headed to Chicago to nursing school and soon found out the big city was not for her.  She returned home to Montana and attended Western Montana College in Dillon where she received her education degree.  It was at Western that Zana met the love of her life, Claude â€œSkipâ€ Ankeny.  They soon married and began their teaching careers.  Zana was a Physical Education teacher at Bagley School and Parkview Junior High before starting a family.  When the girls arrived, Zana spent her days at home with her daughters.  She was active in the PTA, taught church school and led a troop of Brownies. She was very involved with her daughters. They learned to read and sew before kindergarten. She taught them to love all animals, big and small.  She doted on her daughters shuttling them to and from dance classes and music lessons, ski hills and tennis matches.  Zana was the manager of the Dillon Federal Credit Union for 10 years before retiring in 1987. Retirement did not suit her and she finished out her working years as a bookkeeper for Cenex. Family was always Zanaâ€™s greatest joy.  She was a wonderful wife to Skip for 54 years, a loving and dedicated mom to her two daughters, and an adoring Nana to her grandkids.  She was so very proud of her grandchildren and was every bit the boasting Nana who delighted in telling anyone who would listen how very special they were to her.  Her house was always spotless and Zana was blessed with boundless energy.   Zanaâ€™s neighbors on Parkview Court were her extended family and she loved and cared for each of them through her life. Zana was preceded in death by her parents; her husband, Skip; her sister and best friend, Helen Fischer; and two brothers, Bill Mular and Jim Mular.  She is survived by her daughters, Sue Ankeny and Julie Morstein; her son-in-law Todd Morstein; her grandchildren Grayson and Greer Morstein; her brothers, Andy Mular and Harry Mular; and many nieces and nephews. The family would like to thank Dr. Nicholls, Dr. Singh, Dr. Oser, the whole St. James ER crew, St. James 5th floor staff and radiology.  Thank you also to the University of Colorado Hospital, and a very special thanks to The Denver Hospice, you are all angels. At Zanaâ€™s request, no funeral is planned.  A memorial gathering for family and friends will be held at Brundage Funeral Home in Dillon, Saturday February 22nd  from 2-4pm. In lieu of flowers, the family suggests donations to the Beaverhead County Humane Society or the Dillon Food Bank. $(document).ready(function(){ });

Zana Ankeny, 74, passed out of this life and into the light of heaven on Thursday, February 13, 2014, in Denver, Colorado. Zana was born in Butte, Montana on March 25, 1939.  She was the sixth and youngest child of Harry and Wasylyna Mular.  She... View Obituary & Service Information

The family of Zana (Mular) Ankeny created this Life Tributes page to make it easy to share your memories.

Zana Ankeny, 74, passed out of this life and into the light of...

Send flowers to the Ankeny family.