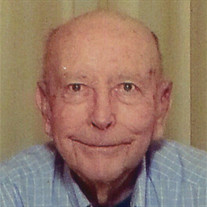 Dr. William Watson Hawkins Jr. Dr. William (Bill) Hawkins passed away on the afternoon of April 4, 2016 at the age of 88 following a brief illness. He was born November 10, 1927 in the old Barrett Hospital in Dillon, MT to William “Hap” Hawkins, and Catherine (Jones) Hawkins. He attended local schools, and was graduated from Beaverhead County High School in 1944. After high school he attended Montana State College in Bozeman . His college education was interrupted due to his enlistment in the Army, where he served in the Pacific during WWII as a surgeons’ assistant/medic. In 1945, after his discharge at the end of the war, he returned to MSC and finished his undergraduate degree in Dairy Production. He married Ethel Andersen in Dillon in 1948. After college, they returned to Dillon to ranch. At this time, he also taught Physics and Chemistry at the Dillon Normal School (now UMW) as well as the Veterans on the Farm Classes for returning GIs. In 1953, he applied to, and was accepted into the Washington State College School of Veterinary Medicine. He received his DVM in 1957, and in that same year, he started his career at Montana State College, (now MSU), in the Veterinary Science Department. While there, he did research on diseases of cattle, sheep and horses, as well as practiced the clinical aspects of Veterinary Medicine. He also taught classes, and he was a pre-vet advisor and mentor for many students. In 1973, he left MSU as the head of the Department of Veterinary Research to return to Dillon where he entered private practice. He was a nationally recognized expert on sheep and sheep diseases. He was a past president and life member of both the Montana Veterinary Medical Association, and the Intermountain Veterinary Medical Association as well as a life member of the American Veterinary Medical Association. He was also a member and secretary of the Montana Board of Veterinary Medical Examiners for many years. He was a long time member of the Montana Wool Growers, the Montana Stock Growers Association, as well as the Southwestern Montana Stock Growers. He was the Ram Sale Veterinarian for the Montana Wool Growers from 1957 until 2014. He served several terms as a Dillon City Councilman, was on several local boards, and was currently on the Beaverhead County Health Board. He belonged to the Dillon Elks, the Danish Brotherhood in America, as well as the local VFW Post. He enjoyed hunting, and the outdoors. His real passion was his work, and visiting with his many clients/friends that he served for so many years. He was a story teller for sure, and will be missed by all. Bill was preceded in death by his parents, and his wife of almost 51 years, Ethel. He is survived by his children, James B. Hawkins (Jean) of Great Falls, MT, Jane M. Hawkins ( Wayne Carley) of San Francisco, CA and Polaris, MT, and John D. Hawkins ( Debbie) of Dillon. He is also survived by his granddaughter Catherine Hawkins of Dillon, his brother Dan Hawkins of Fairbanks, AK, nephews Mike and Bill Hawkins, also of AK, niece Elizabeth Hammer of Washington, and nephew Russell Jones of Bozeman. There will be a gathering for family and friends that is scheduled for Friday April 8 from 5:00 to 8:00pm at the Brundage Funeral Home.Services will be at 10 AM on Saturday April 9, 2016 at Our Saviors Lutheran Church in Dillon. Memorials may be sent to the local Pink Heals SWMT Cancer travel fund in C/O The Stockman Bank in Dillon, the SWMT mammography Program in C/O Barrett Hospital Foundation, or the Barrett Hospital Foundation general fund, or charities of the donors’ choice.

The family of William Watson Hawkins created this Life Tributes page to make it easy to share your memories.

Send flowers to the Hawkins family.