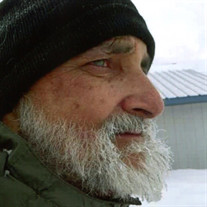 Robert Eric Anderson Robert Eric Anderson of Polaris, Montana passed away February 23, 2020 at Bozeman Deaconess Hospital. He was born April 10, 1939 in San Francisco, California, to R.E. and Rosalie Anderson. They preceded him in death. Robert, better known as Bob, had a colorful childhood, traveling with his parents in the west and having many educational adventures. He graduated from UCSF and taught and coached for more than forty years. In-between teaching, he had various occupations including Owner, manager of the Grasshopper Inn in the late 80’s. The family also spent 10 years in Guam while Bob was teaching English and Coaching in Elementary, Middle and High School. He coached tennis, basketball, soccer, cross country and track and field. Bob loved coaching and his many kids really loved and appreciated him. Many of them still communicated with him until the time of his death. He loved and was very proud of his seven children, who all survive him; Lori Mitchell (Joe), Robert Anderson (Sondra), Race Anderson, Erica Schubert (Arthur), Elizabeth Chapin (Jake), Ryan Anderson, Emily Kirkley (Patrick). Bob also doted on his nine grandchildren especially his best friend and oldest grandchild, Michael Robert Garcia. He was also uncle to many nieces and nephews who he really loved and kept in contact with. They were the children of his beloved sisters, Dorothy, Emma Jane and Betty, who preceded him in death. He is survived by his wife of thirty-nine years, Marina Anderson, who shared many adventures, highs and lows throughout their life together. Bob was a hard working compassionate and generous family man who was loved by many and will be missed by all who knew him. There is a commemoration of the life of Robert Eric Anderson on Saturday, March 14, at 2:00 PM at Brundage Funeral Home. Graveside services will follow at Mountain View Cemetery. There is a guestbook available online at www.brundagefuneralhome.com.

The family of Robert Eric Anderson created this Life Tributes page to make it easy to share your memories.

Send flowers to the Anderson family.