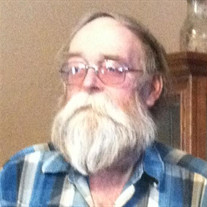 Michael Everett Johnson was born in 1947 on his Grandfather’s birthday, February 25th , to Everett and Frances Holliday Johnson of Livingston, Montana. He became big brother to sisters Holliday, 18 months later and Joellen, born on his third birthday. His mother made three cakes, one each, for many years to celebrate. Brother Jim was born in 1953. Mike attended grade school in Livingston and later Dillon when Everett bought the John Deere Dealership in Dillon. Brother Sam completed the Johnson family in 1964. Mike graduated from Beaverhead County High School and Helena Vocational College in Diesel Mechanics. He and a classmate competed in and won a national troubleshooting contest in auto mechanics while in college, in spite of losing their tools on the plane and working with a borrowed set. A highlight of his young life was attending the Indianapolis 500 in 1967 with his graduating class. With John Deere, Everett provided cars for the journey and arranged pit passes. On the way home over the Memorial Day weekend the class was stranded by a snowstorm in Gillette, Wyoming. Mike was born with incredible mechanical aptitude and exceptional memory. When he was just 3 years old he could name all the cars on the road. He had to know how mechanical things worked. He took the screws out of a lawn chair while his Grandfather was sitting in it. Not so good. He took a watch apart well before he was in school and carefully laid the parts out so he would know how to put it back together. Unfortunately, he had little sisters that foiled that project. He steered the White flatbed hay truck when his dad was feeding cattle. He always loved to drive. Being the only boy at that time, he spent much of his early years with his dad around the farm. The John Deere business was perfect for Mike, because he had so much opportunity to hone his mechanical skills. He loved putting models together or working on vehicles in his spare time. When he was late coming home at night, his Dad could usually find him with his head under a hood of someone’s vehicle at one gas station or another. He loved fast cars and muscle cars, and trucks. When Sam was about 6 years old, Mike built him a miniature engine stand so Sam could work on engines. Mike worked in the family business a number of years. Mike married Mary Ostler and had one son, Jamie. They divorced. He was also married briefly to Connie Thomas. Mike passed on his considerable mechanical skills to his son Jamie. They enjoyed creating demolition derby cars and took part in slow tractor pulls, winning slowest tractor in their class at the Twin Bridges fair. For many years, Mike worked hard to get lots of his antique tractors running for the Labor Day Parade. The “bucking bull” car was a memorable, though dangerous, addition to the parade one year. Mike had a strong work ethic. He worked a number of jobs in Dillon including Pfizer Minerals as a heavy equipment mechanic, while simultaneously being self-employed as a mechanic and salvage company owner/operator. He was a private person in some ways and extremely gregarious in others. He did many generous and kind things for people that he preferred no public credit for. The recipients may or may not know who their benefactor was. Mike maintained property in Dillon in later years but moved his primary residence to Sheridan, Montana, where he created a unique home with shop, greenhouse, emergency shelter, and amazing steam engine heating system all under one roof. On February 23, 2019 Mike succumbed to a combination of cardiac disease and diabetes at Ruby Valley Hospital, just two days before his 72rd birthday. Mike was preceded in death by his parents and brother Jim. He is survived by his son Jamie, sisters Holliday (Lee) Richardson of Whitehall, MT and Florence, AZ and Joellen (Ken) Moon of Helena, brother Sam of Dillon, many nieces and nephews, and several stepchildren. In addition, he is survived by the devoted friends in his coffee groups, who will miss him immensely. If you wish to leave a memorial to Mike, do something anonymously for someone, as he might have done.

Michael Everett Johnson was born in 1947 on his Grandfather&#8217;s birthday, February 25th , to Everett and Frances Holliday Johnson of Livingston, Montana. He became big brother to sisters Holliday, 18 months later and Joellen, born on his... View Obituary & Service Information

The family of Michael Everett Johnson created this Life Tributes page to make it easy to share your memories.

Michael Everett Johnson was born in 1947 on his Grandfather’s...