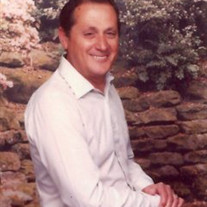 Michael Benincasa Jr., 81, passed away at Barrett Hospital in Dillon, Montana on February 24, 2015.      He was born October 1, 1933, in French Camp, Calif to Michael and Mary Benincasa.    He attended Webber Grammar School in Stockton, Calif, and then graduated from Stockton High School in 1952.  He worked 8 years for the Stockton Record in Calif before going into the trucking company PIE & IML as a data entry.   After his wife retired in 2000 from Lipton Food Company, they decided to move to Silver Star, Montana where they have home for the last 14 years.      Mike had numerous hobbies; he enjoyed collecting wolf figurines, plates and plaques.  He had a large collection of Louie Laâ€™ Moure books, Jason Bourne Trilogy and Sherlock Holmes Series.  Had a love for photography and always made sure everyone had copies of what he admired.  Anybody who knew Mike, probably know he has the largest collection of DVDâ€™s, over 1000, from Westerns to Classics, he had them all.   He enjoyed car rides with his dogs, rock polishing, visiting with his neighbors Glen and Carol Lince and spending quality time with his family and grandchildren.      Mike is survived by his beloved wife of 27 years Charlene Benincasa of Silver Star, MT.  He is also survived by 2 brothers, John David and Ronald Joe Benincasa both of Stockton, CA.   He also is survived by his daughter and son-in-law Eva Marie(Beth) and Glenn Barbera (Castle Rock, CO), and 2 sons,  James Christopher Benincasa (Paso Robles, CA) and Michael Lyle Benincasa (San Francisco, CA), stepchildren, Emily Richards, (Lima, MT), Jason Richards, (Stockton, CA) and Jeff Richards,(Tampa, FL).;  also 12 grandchildren and 6 great-grandchildren.      There will be a private family gathering at a later date.   $(document).ready(function(){ });

The family of Michael Benincasa created this Life Tributes page to make it easy to share your memories.

Michael Benincasa Jr., 81, passed away at Barrett Hospital in...

Send flowers to the Benincasa family.