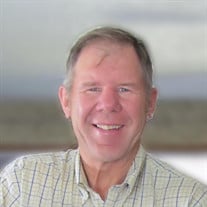 It is with deep sorrow we announce Lyle D. Walker of Dillon, Montana left us unexpectedly of a heart attack on January 4th 2022. He was born on May 13, 1952 in Lewiston Idaho to Ira and Florence Walker. Lyle moved with his family to Dillon in the 60’s when he was in sixth grade. Lyle later graduated from Beaverhead County High School in 1970. He went to college at the Billings Automotive Training Center in Billings Montana. He then ventured to West Yellowstone where he took a job working at Yellowstone Park Service Stations as a mechanic and a tow truck driver. While working in the park he met the love of his life Joyce Swan from New Sharon, Iowa who was working at the Hamilton General Store. They enjoyed many great times while working in the park, were engaged three months later and then married later that year on November 3, 1973. After being married they lived in Dillon for two years and then moved to Iowa, were he worked for Donaldson Muffler Company. While there they had a daughter, Andrea in 1975 and a son, Clint in 1977. They spent a total of 4 years in Iowa, but his love for the mountains called the family back to Dillon where they had their second daughter Ashley in 1984. Lyle began working for Stoltz Land and Lumber and worked there for five years. He then started his own logging business and did that for five years. He enjoyed falling trees, operating the logging equipment and hauling them to the sawmills. He began hauling large equipment locally for eight years. Wanting to work for himself, he began hauling crushed cars, hay and numerous other supplies for the next seventeen years. Then he invested in a belly dump and went to the oil fields for four years. Deciding to get closer to home he sold out and drove semi locally. He was dedicated to his work and he thoroughly enjoyed driving semis and operating equipment. Lyle loved his wife, family and friends. He enjoyed spending time with them whether it was camping, fishing, hunting, snowmobiling, 4-wheeling, dirt biking, taking his boat out or getting firewood. He enjoyed playing cards, games and reading. Lyle loved going to the mountains to build the family cabin along with his family and making memories with every adventure. He was always ready to lend a helping hand to anyone in need. From retrieving an elk, filling a freezer with meat, filling a woodshed, pulling in broken down vehicles and snowmobiles to fixing them to run like new. He cared about helping people and doing the right thing. Lyle was a dedicated, faithful, loving, caring, generous husband, father, grandpa and friend. He will be greatly missed. His untimely passing will forever shape his family and friends lives because of the depth of his love and the hole he leaves behind. Those who loved him will strive to continue his legacy even though we know his shoes will never be filled. WALKER It’s not just any name, But one that carries HONOR Every time you are sitting around the campfire throw a few extra logs on for Lyle. Feel the warmth of his “Walker Fire” surrounding you and fill your heart with his love and memories of the times you have shared. Lyle was preceded in death by his parents Ira and Florence Walker and his father/mother-in-law Hugh and Betty Swan. Lyle is survived by his wife Joyce Walker; children Andrea Walker (Weston Morrison), Clint Walker (Nicole Salley), Ashley and Zach Orth; grandchildren Tory Walker, Tyler Walker, Jordyn Walker, Cordell Walker-McGinley, Carson Walker-McGinley, (Dillon DeJean, Cole DeJean), Whitley Orth and Carter Orth; His brother John Walker, sister Sara and Hank Osborn, niece Jaydean Carter and family, and nephew Dusty Carpenter; brother/sisters-in-law Dale and Karen Swan, Judy and TJ Street and numerous extended family and friends. Family and friends are respectfully invited to attend the Viewing at Brundage Funeral Home Wednesday, January 12th, 2022 6:00-8:00 PM. A celebration of Lyle’s life will be held at Brundage Funeral Home on Thursday, January 13th, 2022, at 1:30 PM. All who knew and loved him are welcome to attend. He will be laid to rest in the Mountain View Cemetery following the service. Please join the family for a reception at Our Savior’s Lutheran Church immediately following the graveside blessing. Brundage Funeral Home, 300 S. Atlantic St., Dillon, MT Lutheran Church, 715 E. Bannack St., Dillon, MT

It is with deep sorrow we announce Lyle D. Walker of Dillon, Montana left us unexpectedly of a heart attack on January 4th 2022. He was born on May 13, 1952 in Lewiston Idaho to Ira and Florence Walker. Lyle moved with his family to Dillon in... View Obituary & Service Information

The family of Lyle David Walker created this Life Tributes page to make it easy to share your memories.

It is with deep sorrow we announce Lyle D. Walker of Dillon,...

Send flowers to the Walker family.