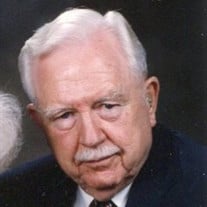 LEW DRUMMEY BRUNDAGE Lew Drummey Brundage (Col. Retired) of Yakima, WA passed away on Saturday, March 7, 2015, at the age of 95, at Highgate Senior Living with his devoted caregiver Tracy Harris by his side. He was the beloved father of Pamela... View Obituary & Service Information

The family of Lew Drummey Brundage created this Life Tributes page to make it easy to share your memories.

Send flowers to the Brundage family.