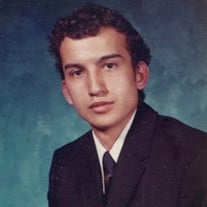 On the evening of December 26th at 7:01PM, Kenneth â€œKennyâ€ James DuBois Sr. peacefully passed away at the comfort of his home at the age of 58 after battling lung disease for the past year. At the time of passing he was surrounded by loving family and friends. Kenny was born in the Town of Devils Lake of Ramsey County, North Dakota on September 1, 1956. He was the 6th and final child born to Clemence M. and Dave G. DuBois. Kenny attended Beaverhead County High School until the age of 17 when he decided to enlist in The United States Army. Kenny loved to entertain his family and friends through his good sense of humor and his ability to sing and play the guitar. As a boy Kenny loved to hang out and go hunting and fishing with his older siblings. During his teenage years Kenny worked on number of ranches throughout Beaverhead County. In the summer of 1994 Kenny met his future wife, Rhonda M. Brooks and married her later that year. The following year the two of them had their only child, Kenny Jr, and stayed married for 20 more years until his death. Kenneth was proceeded in death by his Father and numerous aunts and uncles Kenneth leaves behind his wife Rhonda, his son Ken Jr, daughter-in-law Abbigail, granddaughter Layla and his mother Clemence Siebert, his brothers Dave II and Richard DuBois, his sisters Diane Fox Shirley Christensen, Marilyn Mertes and numerous nieces and nephews. A viewing will be held at Brundage Funeral Home on Tuesday, December 30, 2014 from 5:00pm to 7:00pm with a rosary at 7 PM.  A funeral services will be held December 31, 2014 at 11:00am at Brundage funeral home. Following the funeral a potluck will be at the Search and Rescue building north of town.  In lieu of flowers, donations can be made to a Memorial Fund for Kenneth J. DuBois Sr. at High Peaks Federal Credit Union. A special thank you to the Dillon Hospice team for all your support.  A guestbook is available at www.brundagefuneralhome.com. $(document).ready(function(){ });

On the evening of December 26th at 7:01PM, Kenneth â&#8364;&#339;Kennyâ&#8364; James DuBois Sr. peacefully passed away at the comfort of his home at the age of 58 after battling lung disease for the past year. At the time of passing he was... View Obituary & Service Information

The family of Kenneth James DuBois Sr. created this Life Tributes page to make it easy to share your memories.

Send flowers to the DuBois family.