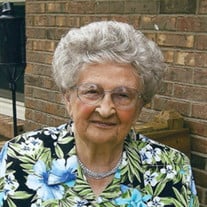 Jane Elisabeth â€œMarchesseauâ€ Dodd               On  June 11, 2014, Jane Dodd joined family and friends in her eternal resting place. Born on December 29, 1924 in Anaconda, Montana; Jane was the middle child of Frank and Matilda Marchesseau.  She grew up in the Grasshopper Valley with her sister Delia, her brother Bud and numerous cousins. She was very proud of being a Marchesseau and from the Grasshopper. Jane attended grade school in Polaris and high school in Dillon. December 23, 1950 she married James â€œBusterâ€ Dodd.  In 27 years of marriage they raised four children.  Jane worked at the Dillon Tribune, various restaurants, McCrackenâ€™s Western Store, and retired from Peterson Drug. She was instrumental in starting Special Education in Dillon with Matt Orr and Jim Womack.  She was a member of St. James Episcopal church and the Dillon VFW.  Jane loved life; she enjoyed camping, fishing, sewing, genealogy research, cooking and being with her family. Jane was most at peace when she was in the saddle on a horse.  She enjoyed trail rides, Labor Day Parades or a ride to view the beautiful Montana countryside. One of Janeâ€™s proudest accomplishments was when she trained her horse â€œDannyâ€ to kneel down so she could get on and off.  Horses loved her as much as she loved them. In 2007 Jane moved to Whitehall to be closer to family. Her daughter, Jerri, fulfilled most every need, want and desire. She greatly enjoyed her trips back to Dillon to visit lifelong friends, including Don Peterson. Her son Clyde contributed immensely in her daily care and comfort. Jane is survived by her daughters: Betty (Lewis) Blake of Billings; Jerri (David) Popelka of Whitehall; Delia Casey of Nashville, TN and her son Clyde Dodd of Whitehall.  She is also survived by her  grandchildren:  Krista (Scott) Hanna, Steven (Joy) Blake; David (Annabelle) Blake, Daryl (EvaMarie) Popelka, Chayne Popelka, Randall (Stephanie) Popelka; Michael Casey; sister-in-law Afton Marchesseau; great-grandchildren Christopher, David, Ariel, Baylee, Brock, Blake, Brooke Ann, Annabelle, Dane, Charlotte; numerous cousins, nieces and nephews. Jane was beloved by everyone who knew her. She was well known for her kindness, generosity and sense of humor. She loved to cook for people and showed her love through her various meals and home baked desserts.  Many visitors left with a full stomach and a big smile from all the laughter that was shared. The family would like to extend a heartfelt thanks to the entire staff and doctors of Whitehall Medical Clinic; Dr. Gayle Sacry, Dr. Terry Reiff, and Steve Sacry, PA. They are an incredible team of medical professionals. Services will be held Saturday, June 14th at 11 AM at Brundage Funeral Home in Dillon with a gathering following the committal service at the St. James Guild Hall in Dillon.  Donations can be made to the Montana Special Olympics or Frontier Home Health/Hospice,1940 Dewey Blvd, Butte, MT 59701 [email protected] $(document).ready(function(){ });

The family of Jane Elisabeth (Marchesseau) Dodd created this Life Tributes page to make it easy to share your memories.