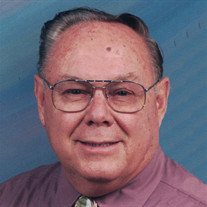 Harold Fredrick Grogan, age 87, passed away on June 23, 2018 at Pioneer Care and Rehab in Dillon. He was born May 18, 1931 to Manchie and Mattie Grogan in Kansas City, Kansas. Harold was hard working, responsible, and caring. He delivered newspapers as a kid in Kansas City, Kansas; managed a produce department for Safeway in Los Angeles, California, served our country by joining the US Army, then began barbering in Fresno, California along with working in a bakery and early mornings making donuts! He then moved to Tacoma, Washington with the Army, then moved to Dillon, Montana in 1963 to resume his barbering career. He retired in 1994. Harold served two tours for the US Army, the last at Fort Lewis, Washington. He was proud to have served his country. After his discharge he and Leta moved to Dillon where he worked in 5 barbershops and owned 3 of them. He worked off rent from Christiansen Ranch by making house improvements and sitting on the tractor. Always looking for efficiency and ways to improve his business, he was the first barber to set up scheduled appointments and later offered “hair styling”, permanents, ear piercing, and anything else that could be sold from the barber chair. No one was a stranger to Harold and he had a gift of gab, which was perfect for his barbering career. Harold cared about his community and was a Dillon Jaycee in his younger years. He especially cared about veterans and made sure they were taken care of or had a job. People who did not have a place to go for Thanksgiving or holidays were always invited to come to his house. He gave haircuts at the nursing home and at the Twin Bridges Orphanage. Some of the orphans would trade with him for hair products, sometimes offering fresh trout for his services! He even brought a few kids home with him. In retirement years, he volunteered at Bannack State Park showing his extensive collection of razors and barbering tools and offering old time hair cuts. He and Leta were so proud of their commitment to Bannack that they held their 50th Wedding Anniversary Vow renewal ceremony at the park, during Bannack Days. He was always working on improving, and hosting friends and family, at the Elkhorn cabin. They spent their early retirement years traveling to see family and friends around the country. Part of the retirement time was spent volunteering at Buenos Aires National Wildlife Refuge in Arizona. He was preceded by his parents and sister, Dorothy White of Odessa, Texas. Survived by his wife of 61 years, Leta; sons Mitchle Grogan, Mike Grogan (Barbara), Harold Lee Grogan (Joan), Darrell Grogan (Steffani), Daniel Grogan (Roxy) and daughter Dorothea Kay Grogan, along with 17 grandchildren and 21 great-grandchildren and 1 great-great grand child. Visitation will be Sunday July 1st, 5:00 to 7:00 p.m. at Brundage Funeral Home. The Celebration of Life will be at 11:00 a.m. on Monday, July 2nd at Brundage Funeral Home. Internment will be at a later date. A luncheon/reception will follow at the Dillon Elks Lodge after the service. Condolences can be sent to 130 South Montana, Dillon, MT 59725. Memorials may be sent to The Bannack Association, P.O. Box 1426, Dillon, MT 59725.

Harold Fredrick Grogan, age 87, passed away on June 23, 2018 at Pioneer Care and Rehab in Dillon. He was born May 18, 1931 to Manchie and Mattie Grogan in Kansas City, Kansas. Harold was hard working, responsible, and caring. He delivered... View Obituary & Service Information

The family of Harold Fredrick Grogan created this Life Tributes page to make it easy to share your memories.

Send flowers to the Grogan family.