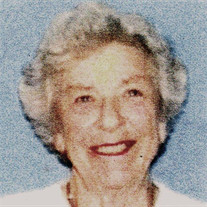 MLE Mason, (also known as “Mert”) born Esther M. Leslie November 30, 1922 to Jeff and Esther Leslie in Sherman, Texas, passed away October 24, 2016. Her passions were gardening, knitting, crocheting, scuba diving, driving an 18-wheeler across the country for Mayflower Moving Vans, hot chocolate, her cats and dogs and crossword puzzles. Preceded in death by her parents, older sister and brother, second husband, sister-in-law, two grandsons, two sons-in-law and a niece. She is survived by her first husband, Vic Merth, four children Judy (Jack) Davies, Jennifer Hickman, Jon and LeAnn Merth and Joy (George) Britton, 6 grandchildren, three nieces, two nephews, several great grandchildren and great great grandchildren. Her family would like to extend their heart-felt appreciation and gratitude to Dr. Sandra McIntyre, the staff at The Legacy Assisted Living and the nurses and staff at Parkview Acres without whose care she would not have had the quality of life these past few years. Her memorial will be held in the spring of next year. In lieu of flowers the family requests that any donations be made to the Montana Institute for the Blind.

The family of Esther Mae Mason created this Life Tributes page to make it easy to share your memories.

Send flowers to the Mason family.