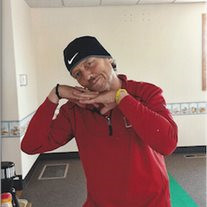 Bradley Scott Keltz, 53, passed after a brave battle with cancer on December 23, 2014 at Barrett Memorial Hospital in Dillon, MT. Brad was diagnosed with sarcoma cancer in August of 2013.  His Aunt and Uncle Patti and Marvin Miller of Coeur dâ€™Alene, Idaho, were among his biggest supporters.  They drove him to the Huntsman Cancer Center in Salt Lake City for surgery in December 2013 and they were there for Brad during his final days. The cancer returned this past fall but Brad never lost hope for recovery. He continued golfing and spending time with the people he loved.   Brad was born in Dillon, MT on March 31, 1961.  Brad graduated from Beaverhead High School in 1978 where he played varsity basketball and football; his senior year the football team played in the first State Championship game in the schoolâ€™s history.  Following high school, Brad attended the University of Montana Western where he studied Secondary Education. Brad was a great basketball coach and mentor at the Dick Motta Basketball Camps held at the College each summer. Brad worked at Nitro Green in Helena, MT for most of his career, where he became a Certified Arborist, and got the reputation for being the â€œsmartest tree doctorâ€ in Helena. Brad married Diane Marie Silk on August 2, 1986 and they had two sons Jordan and Taylor, whom he loved deeply.  Brad loved spending time with his family at his Grandpa Sneedâ€™s and Dad Caseyâ€™s cabinsâ€™ both at Elkhorn Hot Springs.  He always talked about swimming while young with his Miller cousins at the Hot Springs and loved the annual snowmobile trips with the Silk family through Crystal Park.  Brad also loved camping and boating at Seeley Lake with family and friends.  He loved getting up early in the morning while camping and starting a fire so everyone was warm and breakfast could be cooked. Brad had a true passion for sports.  He was a Green Bay Packer and Chicago Cub fan at heart.  He loved watching and coaching both Jordan and Taylor in baseball, basketball and football.  He made sure they also became â€œPackerâ€ fans.   Brad moved back to Dillon in 2010 where he spent time making his home a great place to live.  Brad really picked up a passion for golf in his later years and loved a competitive game with his son Jordan.  At the time of his death Brad was planning a trip somewhere warm where he and Jordan could play one last round together.   Some of Bradâ€™s greatest supporters through his tough times with cancer were his friends Derek and Lydia Cantin, neighbor Jacob Robertson, high school friend Steve Vezina, Jon and Kim Womack, in addition to all the nursing and medical staff at Barrett Hospital Community Health Center and Hospice.     Brad is survived by his two sons Jordan and Taylor Keltz of Helena, MT, sister Sharon Lamping of Helena, MT, brother Donnie Keltz of Dillon, MT, nephews Casey and Connor Lamping of Helena, MT, Aunt and Uncle Patti and Marvin Miller, and cousins Pam, Rhadika, Major, Scott, and Blake, all of Coeur dâ€™Alene, ID. Brad is preceded in death by his parents Donald Casey Franklin Keltz of Dillon, MT and Joyce Ilene Flynn of Helena, MT and grandparents Hobart and Mayme Sneed of Dillon, MT. A service will be held in memory of Brad at 1:00 p.m. on Saturday, January 10, at the First Presbyterian Church, 30 South Pacific Street, Dillon, MT 59725.   A reception in celebration of his life will follow.  Donations can be made to the Barrett Hospital Home Health and Hospice in honor of Brad.   $(document).ready(function(){ });

Bradley Scott Keltz, 53, passed after a brave battle with cancer on December 23, 2014 at Barrett Memorial Hospital in Dillon, MT. Brad was diagnosed with sarcoma cancer in August of 2013.  His Aunt and Uncle Patti and Marvin Miller of Coeur... View Obituary & Service Information

The family of Bradley Scott Keltz created this Life Tributes page to make it easy to share your memories.

Bradley Scott Keltz, 53, passed after a brave battle with cancer...

Send flowers to the Keltz family.