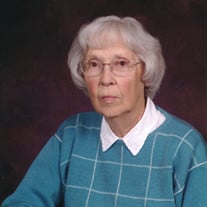 Wayve Marie Boyd Wayve Marie Boyd passed away on April 4, 2015.   She was born in 1925 to Theora Mercer Boyd (Nolte) and C. C. Boyd of Twin Bridges.   Wayveâ€™s early childhood was spent on a small family ranch on the Big Hole River.  When she was about four, the family relocated to Silver Star.  A few years later, Wayve moved into Twin Bridges with her mother Theora and her grandmother Eva Page Mercer.   Grandma Mercer would put Wayveâ€™s clothes out for her each morning -- in the order she needed to put them on; this apparently eliminated any confusion as to where the outer clothing actually belonged!   When Wayve was 15, she went to the Twin Bridges High School Prom wearing a pink Dotted Swiss dress that she and Theora had made.  There she met Melvin Wesley Boyd, and they formed an instant and lasting connection.  Wayve graduated from Twin Bridges High in 1943, moved to Ohio for several months, and then spent a semester in nursing school in Bozeman.   While Wes was home on leave from the Army in March of 1944, the couple was married.  (Their five children endured many patient explanations from teachers and officials over the years about how your motherâ€™s â€œmaiden nameâ€ means her name before she was married.  But when Wayve Boyd marries Wesley Boyd, you just fill out the forms and explain that you are â€œ100% Boydâ€.)   Wes took a job with the Nolte Ranch Company in the early 1950â€™s, and the family settled in Silver Star.  Wayve was an excellent seamstress, but her culinary abilities sometimes left a bit to be desired!   She was a caring, patient mom who clearly believed that the ranch animals (including the field mice â€œrescuedâ€ one summer by her nephew Bill Kirley) belonged outside rather than inside the house; but she also had a soft spot for the animals.  One year, when the Jefferson River suddenly overflowed its banks and floodwaters quickly surrounded the house, Wayve found herself outside in her fluffy chenille bathrobe (stretched out on the back porch with her sleeves rolled way up) plucking a litter of kittens out of their bobbing apple box while the mother cat supervised from several yards away.   Wayve packed up â€œthose darned catsâ€, the kids who were still at home, and everybody moved to Ed & Theora Nolteâ€™s house for several days.   Wayve was a long-time, faithful member of the Church of the Valley in Twin Bridges.  She was active in the Ladies Aid & Silver Star Circle groups, and served as the Sunday School Superintendent for many years.  She took a part-time job at the Silver Star Post Office in 1969, and went on to retire as Postmaster in 1983.  For several years after her retirement, Wes and Wayve spent their winters in the Parker, AZ area where they played pinochle and swapped outlandish stories (sometimes based in truth!) with the new friends they made.   In 1994, the Boyds sold their Silver Star home and moved to Dillon.   Wayve will best be remembered by her family as a caring and tireless caregiver to Wes during his final illness.  Her love for Wes and her unwavering faith in God carried the entire family during that time.   Wayve was preceded in death by her husband, Wesley Boyd, her sister Ruth Miller, half-sister Opal Warrick and step-sister Ruth Webb.  Survivors include her son, Mike Boyd of Billings, and daughters and sons-in-law Evelyn & Bill Alley of Townsend, Sue & Mike Jensen of Dillon, Kerry & Tom Johnson of Montana City, and Cindy & Ed Coad of Dillon, along with 15 grandchildren and their families, including 21 great-grandchildren.   Her sister, Fern Kirley of Helena, step-sister Myrtle Johnston of Boulder, several nieces and nephews and special friend Les Masterson of Arizona also survive Wayve.   The family thanks the loving caregivers of The Legacy in Dillon for their kindness these past several months.  A funeral service is scheduled for Saturday, April 18, at 11 am in the First Presbyterian Church, the corner of Pacific and Sebree Streets in Dillon, with a luncheon to follow.  Inurnment will be at the Silver Star Cemetery at 2 pm that day.  The family suggests memorials to The Smile Train, PO Box 96231, Washington DC  20090-6231, or to the charity of oneâ€™s choice.   $(document).ready(function(){ });

The family of Wayve Marie Boyd created this Life Tributes page to make it easy to share your memories.

Send flowers to the Boyd family.