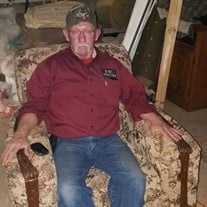 Walter James Manula left earthly life early Monday morning November 8, 2021 in Dillon Montana surrounded by loved ones. Born February 4, 1953 to Walter Jacob and Lila Mae Manula, Jay was the only boy and the youngest of four children. Being the baby and the only boy allowed him to get away with murder. He spent his younger years with his friends running wild in the hills and mine country around Melrose, Montana collecting and exploding the blasting caps and dynamite they found. While his father passed away when he was a teenager, his mother Lila remarried the man he considered his dad, Anthony “Tony” Sporich. Once Jay moved to Dillon he never looked back. After a brief marriage and the birth of his son James Chad, Jay moved to Idaho Falls Idaho where he met and married the love of his life in 1975. Jay and Dena were blessed with the birth of their daughter Stacey Lynne in 1980, but Dena passed tragically after 10 years of marriage in 1985. After Dena’s passing Jay’s life fell apart for a time, but he eventually found his way home to Dillon Montana again where he spent many years driving truck for Jack and Joe Champine. He became close enough with the Champine brothers he considered their families his own. Jay was a man of many talents, mostly self taught, from breaking horses to working cattle, driving truck, to hitching horsehair and working leather into beautiful pieces of tack or accessories like belts, wallets, and purses. He spent his retirement years teaching himself to do upholstery and worked for hours out in his late parents’ upholstery shop at the end of Kentucky. Jay was proceeded in death by his father, Walter Jacob, his dad, Tony Sporich, his Mother Lila, his sister Linda Kay Platt, and his beloved wife Dena. He is survived by sisters Susan Robison and Sherrill Hennely, son James Chad and daughter Stacey Kiger (Robbie). Throughout his life he loved all his children and stepchildren but had and especially close bond with his stepdaughter Sandy Messenger and stepson PJ Sizemore. Jay loved and was proud of all his grandchildren and great grandchildren whether he got to know them or not. Family was most important to Jay. Whether you knew him as Walt, Jay, Jim, J.J., Jimmy, or even Jimmerz, he will be dearly missed. A Celebration of Life will be held Thursday November 11 at 1 pm in Dillon Montana at Brundage Funeral Home.

The family of Walter James Manula created this Life Tributes page to make it easy to share your memories.

Send flowers to the Manula family.