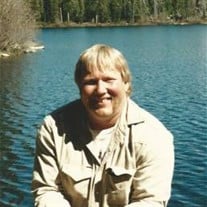 Theodore Wayne Nichols was born in Spokane, Washington on December 18th, 1953. Ted spent the beginning of his youth in Selma, Alabama; before moving to Anaconda, Montana with his family in 1965. Ted loved growing up in Montana and graduated from Anaconda high in 1972. Shortly after graduation Ted was inducted into the armed forces (lucky number 13). Ted quickly made the decision to serve in the US Navy where he was able to travel the world. Ted was a ship fitter in the Navy. After his service, Ted briefly worked at the Anaconda Arbiter plant before becoming a Union Pipefitter in Local 41 of Butte. Ted’s role as a pipefitter took him to many places including: Romania, Johnston Atoll, and various states with his brother pipefitters. Ted purchased a small chunk of property in Wise River, Montana; an area he was in love with at a young age. It was there that he met the love of his life, Sherri, and they raised their two kids Teddy and Kari. Ted settled happily into his role of a family man and enjoyed taking his kids floating and fishing on the Bighole. Ted also loved taking his kids hunting and especially had some wonderful memories deer hunting at Sherri’s family ranch in Lewistown. In 2006 Ted lost his son Teddy tragically in a car accident, a scar that could never heal. Ted always looked for the good in life and spend so many happy nights in the shop with his friends and family laughing, rocking out to music, fixing sleds, working on cars, welding, and of course building the pole barn. Ted was an ingenious builder with a vision unlike any other. Building the pole barn was his sons dream and completing this was an accomplishment he was so proud to honor Teddy with. In 2016 Ted was diagnosed with ALS, a disease that slowly took its toll. Ted stayed so positive and thankful with the life he was handed. Ted passed away peacefully on Friday, December 21st with his family by his side. Predeceased in death; Son, Theodore D. Nichols, Father, Clyde L. Nichols, Sister,Nicki Leiss Survived by Spouse, Sherri Nichols, daughter Kari Nichols, Mother Shirley Nichols, Sisters, Cathy Girton, Dory Schiele(Bill), Jenni Micheletti(Joe). Brothers Clyde L Nichols Jr.(Jeri Kay) and Rob Nichols(Linda). Many nieces and nephews. There will be a Celebration of Life will be held in late spring or early summer. Donations can be made to Teddy Nichols Scholarship at Montana Tech Foundation Butte MT

Theodore Wayne Nichols was born in Spokane, Washington on December 18th, 1953. Ted spent the beginning of his youth in Selma, Alabama; before moving to Anaconda, Montana with his family in 1965. Ted loved growing up in Montana and graduated... View Obituary & Service Information

The family of Theodore "Ted" Wayne Nichols created this Life Tributes page to make it easy to share your memories.

Theodore Wayne Nichols was born in Spokane, Washington on December...

Send flowers to the Nichols family.