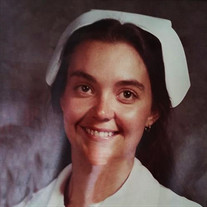 Susan Jeanine “Sue” Eastman, 61 April 26, 1956 –September 14, 2017 Sue was born to Glen and Jeanine Eastman on April 26, 1956 in Evanston, Wyoming. Sue passed away on September 14, 2017 after a long illness. Sue graduated from the University of Wyoming with a Bachelor of Science in Nursing in 1976. She became a Registered Nurse and worked in Butte, Montana at the St. James Hospital emergency room. She met her husband Nick Stanisich in Butte and they were married in Evanston Wyoming on December 29, 1984. Together they moved to Idaho Falls, ID, where she worked in the Parkview Hospital emergency room and later she found her true calling as a School Nurse for Idaho Falls School District 91, where she worked until 2001. She moved with her family to Dillon Montana in 2001 and worked for community health until she retired from nursing in 2006. Sue was an exceptional RN who worked tirelessly for patients. She was a beautiful, wonderful and loving daughter, mother, and wife. She had a zest for life and instilled that same inspiration in her children and husband. She was an avid swimmer. It was beautiful watching her cut effortlessly through the water. She is survived by her mother Jeanine Eastman of Evanston Wyoming, her husband, daughter, Ellie Stanisich and son Marko Stanisich. Her surviving siblings include Doug and Mike Eastman of Evanston. Her Father, Glen Eastman proceeded her in death. Sue was fond of dogs and became especially close with her latest family pet Sid. A visitation will be held at Brundage funeral Home from 6 to 9 PM Monday evening, September 18, 2017. A Graveside ceremony and internment will be held at 2:00 PM the following day at Mountain View Cemetery, Dillon. Following internment there will be a reception held for family and invited guests at the family home on Rodeo Trail. In lieu of flowers donations should be sent to the Beaverhead County Animal Shelter.

The family of Susan Jeanine Eastman created this Life Tributes page to make it easy to share your memories.

Send flowers to the Eastman family.