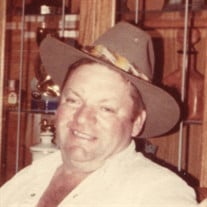 Robert E. “Bob” Meine left us peacefully during the early morning hours of Saturday, July 2nd , with his family by his side. Bob was the third child, born November 12, 1927, of Henry M. and Frances Boetticher Meine. Siblings are Evelyn Meine Carr of Medford, Oregon; Henry F. “Hank” Meine, deceased; and Jack (Glenna) Meine of Hammon, Idaho. The Meine family made their home on Anderson Lane ten miles north of Dillon. Bob attended grade school at the Nelson School for eight years and went on to Beaverhead County High School. He cut short his schooling to join the Navy in November 1945 for the last ten months of World War II, where he was a Fireman Second Class aboard the USS (Rusty) Ruthland, spending most of his service time on the ocean, going to Japan, New Caledonia and other ports, usually with a cargo of war brides and servicemen coming back to the USA. He was discharged from the Navy in August 1946, at Bremerton, Washington, and returned to Dillon to join his family in working the Meine ranch. Bob was married to Dorothy Ann Rebich on May 11, 1947, by Justice of the Peace Louis Stahl. The civil ceremony took place at the old Stahl house in Dillon. A month later, a reception was held in the granary at the Meine ranch. Bob and Dorothy remember that it had been raining for seven days and nights before the event. Food was served in the house and the bar was in the granary, so guests trudged back and forth through the mud all evening long. The party lasted until after daylight. A huge grand piano had been purchased from Otto Christensen and was moved to the granary especially for the reception. Bob’s grandfather, Charlie Meine, had a house on the ranch which the couple rented and lived in, and after Charlie’s death in 1949, later purchased from his widow. Bob and Dorothy worked and lived on the ranch until they moved to their “dream home” on Flynn Lane in 1978. Bob received his pilot’s license in 1947 after taking flying lessons from Dave McCauley under the GI Bill. Lean years in ranching prompted Bob to find some other income. He worked in the mines at Canyon Creek, built fences, and sold fly control, always coming back to help his dad on the ranch when needed. Bob moved his family to the Centennial Valley to sell fly control during the summers from approximately 1955 until 1960, where they made many longtime friends and Bob cooked many barbecues for the family. Bob’s dad died tragically in a tractor accident on the ranch on Election Day in 1960, at the age of 60. Bob and his brothers and sister, along with his mother, incorporated the ranch and continued to run it until Bob and Dorothy bought out the rest of the family shortly before his mother’s death in 1966. Bob and Dorothy continued to operate the ranch until 1978, when sons Richard and Jerry bought the home ranch and they moved to their new home on Flynn Lane. Up until very recently, most summers found them up on the summer range in Small Horn taking care of the cattle, putting out salt, and fencing. The couple celebrated 65 years of marriage on May 12, 2012, at the home of daughter and son-in- law Bette and Louis Hull. They just recently celebrated their 69th anniversary, and Bob had said they’d have a party when they celebrated their 70th next year. Bob and Dorothy have five children: Bobbie Jean (Warren) Mussard, Richard Lee (Linda) Meine, Bette Lou (Louis) Hull, Jerry Robert (Tammy) Meine, and Bonnie Keltz, all of whom currently live in Dillon. Grandchildren are Rebecca Hull (Brian) Goff, Cody (Kirsten) Meine, Joel Drivdahl, Cynthia Hull, Mary Jo Hull, Kristi Meine (Lance) Wasson, Kari Meine (Mike) Orizotti, Robert (Meagan) Blake, Richard (Sadie) Blake, Nicole Hull, and Ashley Meine (Phil) Willett. He is also survived by 19 great grandchildren. He was preceded in death by granddaughter Brandi Jean Blake, great grandson Walker Phillip Meine, and sons-in-law Jim Blake and Casey Keltz. Memorial contributions in Bob’s name may be made to Barrett Memorial Home Care and Hospice Services, 1260 S Atlantic Street in Dillon, the Southwest Montana Veterans Memorial, P.O. Box 22, Dillon, or a charity of the donor’s choice.

Robert E. &#8220;Bob&#8221; Meine left us peacefully during the early morning hours of Saturday, July 2nd , with his family by his side. Bob was the third child, born November 12, 1927, of Henry M. and Frances Boetticher Meine. Siblings are... View Obituary & Service Information

The family of Robert Emerson Meine created this Life Tributes page to make it easy to share your memories.

Send flowers to the Meine family.