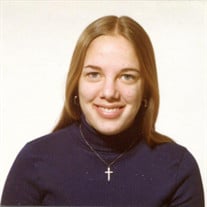 Rebecca “Becky” Ann Harrington (née Reid) died unexpectedly in her home on August 20, 2020 in Dillon, Montana at the age of 62. Becky is survived by her mother, Marie-Jo Reid of Houston, TX; husband, Eric Harrington, of Dillon, MT; children, Tasmine Harrington (Butte, MT) and Caitlain Harrington (Missoula, MT); siblings, Alan and Gina Reid, Dorothy and Mike O’Shea, Nancy and Gary Jonika, Vivian and Joe Burns, Chris and Tracy Reid, and Liz and Nelson Parada (Texas); as well as numerous nieces and nephews. She is preceded in death by her father, Julius Reid. Becky was born on November 24, 1957 in Verdun, France to Julius and Marie-Jo Reid. She graduated from Jefferson High School in Tampa, Florida in 1975. Immediately after graduation, her family relocated to Germany. She married Eric Harrington, an Air Force member stationed in Germany in 1977. In 1981, after living in several different European locations, Becky and Eric returned to the United States to a post at Malmstrom Air Force Base in Great Falls, MT. She lived in Great Falls, welcoming two daughters in 1981 and 1988, until 1993, when Eric retired from the Air Force, at which time the family moved to Dillon, MT. After moving to Dillon, Becky attended Western Montana College, where she earned a BLS in Business with a minor in Music. After graduation, she began working for the college in several departments, including Business Services and Facilities. Becky was an accomplished singer, and was heavily involved in choirs at churches as well as the college’s noontime chorale. In recent years, her ability to be involved in various social functions and hobbies had decreased due to increasing issues with MS. She was an avid reader of science fiction/fantasy, romance, and mystery books; loved crossword puzzles and matching games; was a die-hard Seattle Seahawks fan; an animal and nature lover; and a hard worker with a big heart and generous nature. At this time, there will be no services held. In lieu of flowers, please send donations to the Multiple Sclerosis Foundation at msfocus.org. Condolences can be sent to brundagefuneralhome.com.

The family of Rebecca Harrington created this Life Tributes page to make it easy to share your memories.

Send flowers to the Harrington family.