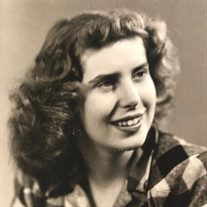 On August 15, 2018, Peggy marched through the pearly gates of heaven twirling her batons. She then sat down at the piano and played Malagueña for us. She is walking on streets of gold. Peggy joined her family in Dillon, MT at the family ranch on September 8, 1931. She joined her parents Phillip J. Lovell and Gertrude McCoy Lovell. She had 2 younger brothers Phillip J. Lovell, Jr and, Jack W. Lovell. She attended school in Dillon and married William (Bill) Wickham in 1949. They had 6 children. Peggy loved music and made sure all her children were involved in band, chorus, and piano. She was an avid reader and taught her children and grandchildren the value of an education and a good book. In 1977, Peggy married Nelson Starkweather and lived near Gardiner, MT on his ranch. She loved the ranch and anyone who came to visit found a fresh cup of coffee, and a place set at the table for them. Peggy was a stay-at-home mom until she became an LPN in 1974 and worked at the VA hospital in Miles City. She then went to work in Yellowstone Park for the Park Service until her retirement. She was proud to be an American and a Montanan. She liked to travel with her children and went all over the US and Japan. Wherever she had grandchildren, she was happy to go visit but she always came back to Montana where her roots were. Peggy had a great sense of humor, however it was subtle, and you had to pay attention and she was gullible and people loved to tease her. She could laugh at herself and was fun to be with. She was preceded in death by her parents Phillip and Gertrude, brothers Phillip Jr., Jack, and her husband Nelson Starkweather. She is survived by her children: Joanne Bowers, Dianne (Al ) Sawitke, Rosemarie Wymer, Connie (Kathy) Edgar, Jeanette Brown, Phillip (Addie) Wickham, 7 grandchildren: Ryan Goris, Jonathan Bowers, Amber Flaherty, Whitney Zänker, Kailey Brown, Robert Wickham, Megan Wickham, 5 great grandchildren: Piper and Bridger Goris, Noah, Zachary, and Lukas Zänker. There will be a funeral service Wednesday at 11 A.M. at Brundage Funeral Home in Dillon with graveside services to follow. A reception will be held following at the First Baptist Church. A viewing will be held Wednesday from 9 – 10 A.M Tuesday evening there will be a potluck barbecue at 841 E. Center Street for all family and friends that would like to attend beginning at 5 P.M. Memorials may be sent to a charity of your choosing in Peggy’s name.

On August 15, 2018, Peggy marched through the pearly gates of heaven twirling her batons. She then sat down at the piano and played Malagueña for us. She is walking on streets of gold. Peggy joined her family in Dillon, MT at the family ranch... View Obituary & Service Information

The family of Margaret Starkweather created this Life Tributes page to make it easy to share your memories.

Send flowers to the Starkweather family.