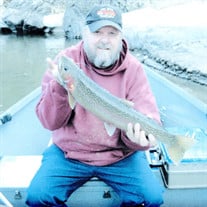 Louis “Louie” Duane Rivenes, 73, of Wise River, MT passed away at his home, Saturday, March 5, 2022. Louie was born April 9, 1948 to Melvin and Mildred (Kennedy) Rivenes in Pierre, South Dakota. He graduated from Butte High School in 1966. After high school, Louie was a hard working Teamster in Butte, Montana while working for Safeway and delivering RC cola. In the early 1990’s Louie moved to Wise River, Montana to start his new career as a bartender at H-J saloon where he worked until 2019. Louie married his high school sweetheart Mary Louise Finch on June 3, 1967. Louie and Mary were inseparable for 43 years until her untimely passing in 2010. Mary was Louie’s rock, and her passing left a hole in his life. They had two sons Dave and Gary in which they spent most of their free time fishing and hunting. Along with the fishing and hunting that Louie did, he enjoyed all kinds of sports. He was an avid Boston Red Sox and Boston Celtics fan and watched them as much as he could. In his younger days, Louie was a softball pitcher for Maloney’s and H-J Saloons. Louie’s gift to life was his humorous personality which people enjoyed while visiting him at H-J. Louie always had a good joke to share when they came out to see him. He loved his fishing, and he celebrated every fish caught like it was his first. It is hard to imagine how many friends that Louie made and entertained along the way, they will miss him for sure. After having lost his son Dave and wife, Louie became best friends with his grandson Griff, who along with his fiancé Makyla spent numerous hours camping, woodcutting, fishing and hunting while getting to know his great grandchildren Bryant and Emersyn. Louie was preceded in death by his parents Melvin and Mildred, his wife Mary, his son Dave, and his sister Melody King as well as special friends Herschell, Griff, Tom, Jerry and Patty. He is survived by his son Gary (Brenda) Rivenes of Gillette, WY, his brother Mike (Virginia) Rivenes of Butte, MT, brother-in-law Bill King of Spring, TX, grandsons Griff (fiancé Makyla) Rivenes, Brady, Bode, Josh, granddaughter Ashlee, and great grandchildren Bryant, Emersyn and Allianna as well as his special buddies Goo, Fritz, Wally, Butch, Larry and the Stajcar clan. A Celebration of Life will be scheduled at a later date. In lieu of flowers the family requests donations be made to Montana Tech Foundation or the Rocky Mountain Elk Foundation. The family would like to thank all the wonderful people that helped take care of Louie over the last few years.

The family of Louis "Louie" Duane Rivenes created this Life Tributes page to make it easy to share your memories.

Send flowers to the Rivenes family.