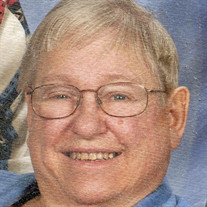 Lorene Elizabeth Burtts, 77 of Dillon, Montana went to be with the Lord On April 8, 2016. She was born on March 4, 1939 in St. Cloud, Minnesota to Sigurd and Abby Oslin. Lorene was born with a disability and was confined to a wheelchair but those that knew and loved her never saw her disability or the wheelchair. She spent her early years at the Crippled Children’s School in Jamestown, ND where she met Anne Carlson who was the superintendant of the school who was a mentor as well as an inspiration and who later became a very close friend. Lorene met Jerry in the fall of the 56-57 school year. When she came through the door of the school she was a bit disheveled from the trip but it was love at first sight for Jerry. He looked at her and said, “That is the girl I’m going to marry some day”. He never saw her disability she was the most beautiful girl that he had ever met. Lorene on the other hand had a bit of a difficult childhood she never learned what love was all about and was a bit more guarded with her emotions, not wanting to show them she said to Jerry “In a pigs eye I’ll marry you”. God came into Lorene’s life at a very early age that, was one of the many things that she and Jerry had in common, along with their love for Jesus they also had a love for the arts and music. In addition they shared the fact that they were both youngest members of the family. After they left school Lorene and Jerry lost track of each other for a while. Lorene lived in a nursing home for a while and then she was blessed to move into an apartment for people with disabilities in St. Cloud, MN. Jerry and Lorene were brought together through a mutual friend because Jerry called in a song request on the radio. They were married in 1983 and celebrated their 33rd anniversary this February. Lorene is survived by her husband, Jerry and her sister-in-law Beverly Oslin. She is preceded in death by her brothers, Ivan and Willard (Ann) Oslin, sisters, Jolette (Leonard) Bergeron and Adelia (Neil) Anderson and her parents. There is a visitation scheduled for Thursday, April 14th from 6 – 8 PM at Brundage Funeral Home and Funeral Services are scheduled for 2 PM on Friday, April 15th at the funeral home. Burial will be at Mountain View Cemetery and there will be a pot luck reception following the committal service at the Lutheran Church.

Lorene Elizabeth Burtts, 77 of Dillon, Montana went to be with the Lord On April 8, 2016. She was born on March 4, 1939 in St. Cloud, Minnesota to Sigurd and Abby Oslin. Lorene was born with a disability and was confined to a wheelchair but... View Obituary & Service Information

The family of Lorene Elizabeth Burtts created this Life Tributes page to make it easy to share your memories.

Lorene Elizabeth Burtts, 77 of Dillon, Montana went to be with...

Send flowers to the Burtts family.