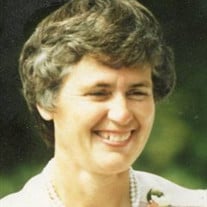 LOIS MAXINE PROCTOR PENCE Lois Maxine Proctor Pence moved on to seek new adventures in Heaven on February 4, 2015, following a courageous 27 year battle with Parkinsonâ€™s disease. During those years she helped test new procedures and medications, hoping her efforts would help future victims of this incurable disease. Lois was born June 6, 1939 at the ranch home of parents William McKinley and Alison Elizabeth Proctor with her grandmother serving as mid-wife  near Richfield, Idaho, the second of four children. Times were tough for the family. She recalled having nothing to eat but â€œbiscuits and grease gravyâ€ and having to help milk forty cows before and after school. Lois excelled as a high school athlete, being recognized as Idahoâ€™s girl basketball Most Valuable Player in 1957.  Her interest in sports led her to the University of Idaho where she majored in physical education with minors in health and history. She worked her through college swathing hay in the summer, counseling at a Girl Scout camp and at any job available between classes. She stayed at Steele House, an independent girlâ€™s cooperative dormitory where they did their own KP and janitorial work, and was an officer in several honorary societies on campus. She went on a blind double date with a bashful forestry major as a favor to a friend during her sophomore year and so charmed him he asked her to the movie. He was late for the date, claiming he had a flat tire returning from a fishing trip. She immediately hooked him by requesting he take her fishing next time.  Lois married that forestry major, Dan Pence, on April 9, 1961 during spring break of their senior year. The newlyweds headed for Salmon, Idaho where Lois taught school and Dan worked for the U.S. Forest Service until drafted into the Army in 1962.  Lois joined Dan for R&R in Japan in 1963 and got into Korea for a week in spite of Army objections due to ongoing hostilities. Lois returned to teaching until she joined Dan at Fort Belvoir, Virginia pending discharge and return to their cherished mountains. They were assigned to Salmon National Forestâ€™s Cobalt Ranger District, 48 miles from a paved road, where two children joined the family.  The family moved to Challis National Forestâ€™s Clayton, then Yankee Fork Ranger District in 1969 where a third child joined them. Next adventure led the family to Wells, Nevada in 1977 where Lois became a bank loan officer, then on to Dillon, Montana in 1980 where Lois became activity director at a nursing home.  She moved on to become an oculist doing pre-exams and making and selling eye glasses for an optometrist until Parkinsonâ€™s forced retirement. The travel bug continued with visits to Alaska, Canada, Mexico, South Africa, Australia, New Zealand, and Fiji. Lois is survived by her husband of 54 years, children Jan Bowey of Sheridan, MT, son Jay (Susan) of Driggs, ID and Teri Lumsden (Chris) of Cheyenne, WY. She was a loving mother who was extremely supportive and proud of her children.  Survivors include six grandchildren and two sisters. She was preceded in death by her parents and a brother. A celebration of Loisâ€™ active life is scheduled at Brundage Funeral Home in Dillon, MT at 11 AM Saturday February 14 followed by a reception at Dillonâ€™s First Presbyterian Church. In lieu of flowers, donations to the American Parkinsonâ€™s Disease Association, the First Presbyterian Church of Dillon or a charity of choice are preferred.   $(document).ready(function(){ });

The family of Lois Maxine (Proctor) Pence created this Life Tributes page to make it easy to share your memories.