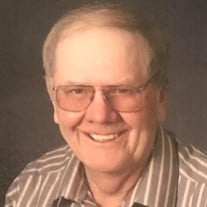 Kenneth James Grose, 74, of Dillon, Montana, passed away Monday, November 30, 2020 at Providence St. Patrick Hospital in Missoula. Ken was born February 6, 1946, at St. James Hospital in Butte, Montana, and was the son of James “Buster” and Theo Grose of Melrose, Montana, where he grew up living and working on his parents ranch. Ken graduated from Beaverhead County High School in 1964. Following high school, Ken studied at Western Montana College of Education before transferring to Montana State University, earning a Bachelor of Science degree in Fish and Wildlife Management in 1969. He continued his studies pursuing a masters degree, with the goal to work for the U.S. Fish and Wildlife Services; however before he could finish this degree, Ken was drafted and served in our U.S. Army during the Vietnam War, as an operating room surgical tech in the 93rd and 24th Evacuation Hospitals. When Ken returned home after his service in 1971, he started working in home construction, which lead him to start Grose Construction, building his first spec home for sale in 1977. In addition to working full time and starting a business, he found the time to build his family a home in 1976. Ken built custom homes for 49 years and had no plans to retire. He loved building homes. Ken married Bette Moran Howard on May 24, 1975, and was an instant stepfather to three children, Linda (Howard) McPherson, Dirk Howard, and Krista Howard. In 1978, Keni Grose was born, his first daughter, and his second daughter was born in 1980, Kandis Grose. Ken and Bette were married 45 years. Ken loved spending time with his family and enjoyed traveling to various places, UTV riding in the mountains, exploring new backcountry, and fishing Trapper Creek. Before starting his workday he enjoyed having coffee with the guys, a tradition he looked forward to for so many years. Everyone that knew him can remember the twinkle in his eye and the smile on his face after telling you a story and that moment you knew he was pulling your leg. Ken was a genuine, hard-working man, who loved building homes and was still working in his hospital bed until the end. Ken touched so many lives throughout his years. He was a generous and caring man with a calming demeanor, and was the glue to his family. We remember Ken as a man whose word was his bond. Honest to his core. And a kind person of great integrity. He will be greatly missed by so many people. Ken is survived by his wife Bette; his daughters Keni Grose (Bill Hancock) and Kandis Grose (Levi Petroff), his stepchildren, Linda McPherson (Mike), Dirk Howard, and Krista Howard; his sister Dorothy Alderman (Don) and brother Dale Grose (Cathy); his grandchildren Dylan Grose, Hans Sevalstad, Dolan Sevalstad, Cole McPherson, and great grandson, Levi Sevalstad; and many nieces, nephews, and cousins. He is preceded in death by his parents James and Theo, and his sister Carol Nelson. Due to the rising cases of Covid the family has decided to postpone services until a later date. The family is concerned about people traveling as well as our community. Thank you for your understanding. Memorial contributions can be made in Ken’s name to the Grace United Methodist Church in Dillon.

The family of Kenneth James Grose created this Life Tributes page to make it easy to share your memories.

Send flowers to the Grose family.