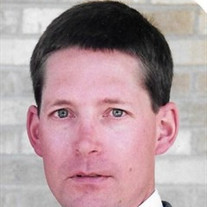 John Paul â€œJackâ€ Zink John P. â€œJackâ€ Zink, beloved husband, son, brother, uncle and friend was taken by the angels on December 1, 2014.  Jack was born in Billings, MT on December 5, 1961 to John S. and Gay Lee  Zink.  Jack married his soul mate, Karen on August 8, 2014 on the 16th anniversary of their 1st date. In 1980 Jack was an all-state wide receiver for Beaverhead County High School.  He was also selected to play in the Montana East-West Shrine game that same year.  Jack attended the University of MT/Western and Montana State University.  During his senior year at MSU he was selected for an internship with the Montana AFL-CIO in Helena.  This became a career at which he excelled.  During his tenure there he helped countless displaced workers back on their feet and made many lifelong friends.  Upon returning to Dillon he started a second career at the Dillon Post Office.  This position also suited him perfectly as he spread his charm to every Dillonite who came thru. Jack was an avid fisherman and hunter.  He enjoyed a â€œride upâ€ Medicine Lodge or Jakeâ€™s Ridge in Brownâ€™s Canyon.  He loved to fly fish and shoot his guns.  He loved NFL Football, he was a St. Louis Rams fan since the age of 5.  NASCAR was his other sport; his favorite driver was Jeffy Gordon. He was preceded in death by his mother, Gay Lee Zink and infant daughter McKenzie Lee Zink, and his pard-ner, Uncle Jim Zink; Aunts Marian Zink, Adele Zink, Carol Shafer. He is survived by his wife, Karen; father Jack (Betty) Zink; brothers Bill (Deanna) Zink, Brad (Brenda) Zink; niece Katie Zink, nephews John and Colter Zink; Uncles Dale (Marion) Zink,  Ed (Karen) Zink, Bill Martin; Aunt Sharline Martin; step-daughter Shannon (Barry) Clark and their 5 children and numerous cousins. Visitation is scheduled for Fri., Dec. 5th from 5-8 p.m. and funeral services for Sat., Dec. 6th at 10 a.m., both at Brundage Funeral Home. Donations can be made to the University of Montana Western Foundation. $(document).ready(function(){ });

The family of John "Jack" Zink created this Life Tributes page to make it easy to share your memories.