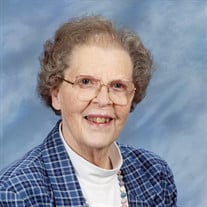 Passed away Peacefully on October 19th at the Legacy. Joan Mae Swartzlow McDougal was born in Columbia, Missouri on April 6, 1930 to Carl Swartzlow and Ruby Johnson Swartzlow. She spent her early childhood in Lassen Volcanic National Park in California, where her father was a park naturalist. At the beginning of World War II, she and her mother moved to Chico so that Joan could attend high school and then Joan went to Appleton, Wisconsin to attended Lawrence College. She later transferred to and graduated from the University of Denver in Colorado. While attending the University of Denver and working summers in the library at Mammoth in Yellowstone National Park she met John McDougal of Philipsburg who was working in the park as a firefighter. They married in March 25, 1952 in Omaha, Nebraska where her parents were living. John had graduated from the University of Montana Department of Forestry and they first moved to Townsend, Montana where John worked for the U.S. Forest Service. Continuing his career, they moved to Wisdom, Jackson and Dillon. During this time they raised three children: Graeme (Beverley) McDougal, Glynis (Ed) McDougal Lovell and Scott (Bonnie) McDougal. After moving to Dillon, Joan worked as the city librarian and retired after 20 years. She was deeply involved with her church, the Beaverhead County Museum and continued to be involved with the library. She also enjoyed traveling the world, her family and time spent in the out of doors. She was proceeded in death by her husband. She is survived by her children and their spouses, her grandchildren, Charles (Alecia) McDougal, Mary (Joshua) McDougal Hoffman, John (Danielle) Fetty-Lovell, Sarah (Cory) Lovell, Zachary (Kristine) McDougal, Conrad McDougal, Darcy McDougal and her great grandchildren, Koy and Logan McDougal, Finley Fetty-Lovell, and Hannah and Nolan Bunn. Donations may be made to the Dillon Public Library or charity of the donors choice. The family would like to thank the Legacy Assisted Living for the wonderful care that was given to Joan during the last years of her life. A memorial Service is being planned for November 30th at 11am at Brundage Funeral Home.

Passed away Peacefully on October 19th at the Legacy. Joan Mae Swartzlow McDougal was born in Columbia, Missouri on April 6, 1930 to Carl Swartzlow and Ruby Johnson Swartzlow. She spent her early childhood in Lassen Volcanic National Park in... View Obituary & Service Information

The family of Joan Mae McDougal created this Life Tributes page to make it easy to share your memories.

Passed away Peacefully on October 19th at the Legacy. Joan Mae...

Send flowers to the McDougal family.