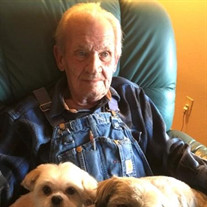 Jimmie Roy Bolin March 25, 1940 – December 4, 2020 Jim Bolin was born in Jonesboro, Arkansas to Glen Constantine and Ruby Lucille Bolin. Jim joined brother Jerry, then welcomed brother John, sister Jeannine, and brother Joseph. Jim was especially proud of his military service in the United States Marine Corp from 1959-1963. In 1969, Jim was blessed with his first son Patrick Ervin Bolin. At a January 2, 1974 wedding in Dillon, MT, Jim met his forever soulmate, Deborah Smith. They were married six weeks later, on February 6, 1974. Jim and Debbie were blessed with a son, Jimmie Roy Bolin II in May of 1975. Jim was most proud of his sons and the good fathers they both became. After his retirement from L.S. Ready Mix, Jim enjoyed his yard and watching and feeding wild birds. Jim was a friend to all and if you were his friend, it was a friendship forever. Jim was preceded in death by his parents, Glen and Ruby, brothers Jerry and Joseph, niece Pam Bolin, parents-in-law Roy and Lois Smith and nephew Michael O’Connor. Survivors include wife Debbie, son Patrick and granddaughter Emily Grace, son Jimmie (Elizabeth) and grandchildren Mari (Duncan), August, Sophia, Lucia and Jackson, brother John (Mary), sister Jeannine Heiney, brothers-in-law Terry (Karen) O’Connor, Dick (Shannon) Smith, and numerous nieces and nephews. Cremation has taken place under the direction of Brundage Funeral Home. A celebration of life will be planned for July 10, 2021. Memorial donations may be made to the charity of the donor’s choice.

The family of Jimmie Roy Bolin created this Life Tributes page to make it easy to share your memories.

Send flowers to the Bolin family.