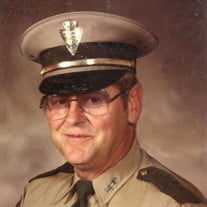 Due to unforeseen circumstances flowers for Harold Forsman must be ordered by calling Wilhelm Flower Shoppe in Butte (406)782-1311,. Orders must be placed by Thursday afternoon and will be florist choice this is the only option for flowers at this time. Thank you for your understanding. Memorial contributions may be made to Montana Hope Project or Barrett Home Health and Hospice or a charity of the donors choice. Harold Forsman, 83, of Dillon, MT, took his final ride on the morning of June 28, 2021. He was born to John Albert and Ione Forsman on September 19, 1937 in Anaconda, MT where he attended schools and graduated with the class of 1955. He married his high-school sweetheart, Delores Kovacich, on June 16, 1956. They celebrated their 65th wedding anniversary a few weeks short of his passing. Growing up, Harold loved spending his summers on the ranch riding his horse, Lucky, through the mountains, pulling shenanigans with his four siblings and, following his dad’s death, working the ranch with his mom and the rest of the kids, Alice, Helen, Frank, and Clarence. A true outdoorsman, Harold enjoyed activities including hunting, trapping, snowmobiling, and drinking a cold beer by the fire. Harold graduated from Montana Highway Patrol School in 1961 and began working in Dillon as a patrolman in 1962. He loved his job and caring for others while logging over a million miles in Beaverhead County at the time of his retirement from the patrol in 1990. Harold became the Beaverhead County Sheriff in 1992 and retired in 1998. Following this, he and Delores had many trips to different parts of the country of which he was so proud. Harold was a 52-year member of the Elks Lodge and a US Army Veteran. He is preceded in death by his parents and three eldest siblings. Survivors include his wife, Delores, daughter, Peggy (Mark) Hall, and son, John (Pam) Forsman. His three favorite girls are his granddaughters: NicoleYost, Meagan Forsman, and Kelsi (Kesewante) Nebiye. His younger brother, Clarence (Sharon), also remains. He never met a stranger and left many friends and family behind as well. Viewing will be Monday, July 5th 6:00pm -8:00pm. Services will be held at the Brundage Funeral Home in Dillon, MT on Tuesday, July 6th at 10:00am. The burial will follow in Anaconda, MT at the New Hill Cemetery around 12:00pm. Reception will be held at 3:00pm at the Elks in Dillon, MT.

Due to unforeseen circumstances flowers for Harold Forsman must be ordered by calling Wilhelm Flower Shoppe in Butte (406)782-1311,. Orders must be placed by Thursday afternoon and will be florist choice this is the only option for flowers... View Obituary & Service Information

The family of Harold T Forsman created this Life Tributes page to make it easy to share your memories.

Due to unforeseen circumstances flowers for Harold Forsman must...

Send flowers to the Forsman family.