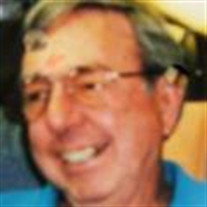 Gregg Hilton Gregg Hilton a long time resident of Dillon passed away on February 12, 2016 in Bozeman, MT at the age of 91. He was a former owner and managing partner of the Flying N Ranch and later worked as a realtor for ranching properties in the Dillon area. His home was the mushroom shaped house on the top of the hill overlooking the college. Gregg was born on Sept 4, 1924 and grew up in St. Louis, Oklahoma which was an oil boom town south of Oklahoma City. His family owned the Hilton and Sons general store which was the landmark building in the town for many years. Following graduation at St. Louis High School he enrolled at Oklahoma University. With the start of the war, he volunteered for the Army Air Corp where he was assigned for training to the new B-29 crews and became a 1st lieutenant and navigator. After the war he completed his education at OU and earned a BS in General Engineering. He met Peggy Littlejohn at OU and they were married soon after graduating and moved to Odessa, Texas where he worked in the oil business. After a short while he moved his family which now included a son Grant to a ranch on Cherry Creek near Colorado Springs, Colorado where they had a daughter Valerie. He loved the ranch life, however, his in-laws who were partners wanted to return to Oklahoma and they had to sell. Gregg worked in the trucking business in Sidney, Nebraska and later Fort Worth, Texas before returning to Odessa, Texas to again work in the oil business. Ranching was his real call and he teamed up with his brother in law George Littlejohn and bought a small ranch in eastern Oklahoma where they raised the two kids through most of high school. The lure of the west inspired them to move to western Colorado where they bought a larger ranch in 1969. He operated the Rimrock-Yampa ranch between Craig and Meeker for 5 years before moving to Montana and running the Flying N ranch north of Dillon. He loved the ranch and farm and operated the ranch for many years. After selling the ranch he worked in the ranching real estate business, finally retiring around age 80. During his time in Dillon, Peggy passed away and he later married Helen Christianson. With Helen, they had a great life and travelled extensively. Gregg was an active member of Grace United Methodist Church, a member of the Elks and former president of the Dillon Kiwanis club. In Kiwanis he was helped establish the Kiwanis Park with which he was very proud. He also liked to play golf and won the Dillon Sr. Open twice. In addition to golf he was an excellent bridge player and always had a cribbage board handy to play with any of the kids or grandkids. Helen passed in 2012 and although he lived by himself he was far from alone with all of the many friends in Dillon. In 2014, he moved to an independent living facility in Bozeman which made life easier and made him closer to his son’s family. He is survived by his son Grant and wife Fern, his daughter Valerie, his step children, Eric and wife Pam, Kyle and wife Sandra, Lee and wife Holly and Amy and husband Jorge as well as 14 grandchildren and 3 great grandchildren. A celebration of life will be held in Dillon on March 12 with details to be announced.

Gregg Hilton Gregg Hilton a long time resident of Dillon passed away on February 12, 2016 in Bozeman, MT at the age of 91. He was a former owner and managing partner of the Flying N Ranch and later worked as a realtor for ranching properties... View Obituary & Service Information

The family of Gregg Hilton created this Life Tributes page to make it easy to share your memories.

Send flowers to the Hilton family.