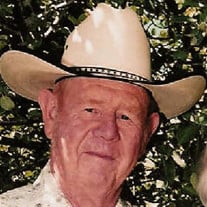 Garth L. Haugland, beloved husband, brother, dad, grandpa, and friend and community leader and volunteer, passed away on January 16, 2017 at age 81 in Dillon, MT. A celebration of his life will be held Friday, January 27 at 3:00 PM at the BW Lodge Gymnasium with a reception following at Our Savior’s Lutheran Church, 715 East Bannack St., Dillon, MT. Garth was born in Appleton, MN on February 14, 1935 to Helen and Gifford (Happy) Haugland. He attained the status of Eagle Scout and graduated with the Appleton High School class of 1953, attended St. John’s University and the University of Minnesota. He served in Korea with the 101st Airborne “Screaming Eagles”. Garth married Ruth Kasper on November 25, 1956 in Garner, Iowa. In the spring of the following year they hooked their 38 foot house trailer to their 1956 Plymouth sedan and headed for Helena, MT – what a trip that was! After living on a U.S. Forest Service lookout for the summer where he worked as a smokejumper, they moved to Missoula, MT so Garth could attend University of Montana. There, children Loree and Galen were born. The family lived in Kalispell, Billings, Dillon and Butte while Garth worked as a game warden; upon retirement from the state after 25 years, Garth and Ruth returned to the “last best place”, Dillon. Garth started Green Garden Enterprises, a landscaping business. In 1995 Garth ran successfully for office as a Beaverhead County Commissioner. He was re-elected for three more terms, resigning due to health complications related to cancer after 22 years with the Commission. He took his public officer very seriously, working full time as he believed there should always be a commissioner “in the house” when the courthouse was open. As a commissioner, Garth served on numerous boards and committees in Dillon, Beaverhead County and for the state of Montana. He was also passionate about weed control in the county, spending most of his Saturdays in the summer spraying weeds with the volunteer weed crews. During the years he lived in Dillon, Garth volunteered his time with the Dillon Lion’s Club, local credit union, U of M Western local Executive Board, American Legion Post 20, Bannack Association, Community Health Center, Beaverhead County Museum, and Big Hole River Foundation, among others. He is survived by daughter Loree (Kevin) Morgan and grandchildren David and Natalie McKay; daughter-in-law Amy Reeves and grandchildren Regina (Nick) True and Grady Haugland; brother Rodney Haugland, nephews Paul (David) Sailer-Haugland and David (Nancy) Haugland and nieces Debbie (Bob) Haselmann and Heidi (Dave) Evenson and their children. He was preceded in death by his parents, wife of 57 years Ruth Haugland, son Galen Haugland and son-in-law Joe McKay. In lieu of flowers, memorial contributions are suggested to Our Savior’s Lutheran Church, the Southwestern Montana Family YMCA (75 Swenson Way, Dillon MT 59725), or the Friends of Beaverhead County Fair (PO Box 1301, Dillon, MT 59725).

Garth L. Haugland, beloved husband, brother, dad, grandpa, and friend and community leader and volunteer, passed away on January 16, 2017 at age 81 in Dillon, MT. A celebration of his life will be held Friday, January 27 at 3:00 PM at the BW... View Obituary & Service Information

The family of Garth Leo Haugland created this Life Tributes page to make it easy to share your memories.

Send flowers to the Haugland family.