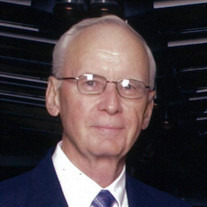 Franklin D Huckins, 1934–2019 Franklin D Huckins, 84, known as “D” and loving husband, father, grandfather and brother, died April 14, 2019, in Phoenix, Arizona, after a serious illness. Born August 5, 1934, at Fort Peck, Montana, to the late Alyne and Clifford Huckins, he attended grade school and high school in Broadus, Montana, playing on baseball and basketball teams. He graduated from Montana State University at Bozeman with a bachelor’s degree in accounting and took graduate courses at University of California at San Francisco. D Huckins began his professional career in accounting with Del Monte Foods in San Francisco and Honolulu. From there he went to United Airlines in San Francisco, then Chicago, working in cash management and finance for the company for 31 years until retiring in 1994. In retirement, he volunteered at Phoenix’s Mayo Clinic, enjoyed working part-time at that area’s Tatum Ranch Golf Club, and going golfing at Beaverhead Country Club in Dillon, Montana. He married Sallie Cardwell of Billings, Montana, on June 30, 1960, and they shared 58 blessed years of marriage. D was the father of Scott (Liz) Huckins of Barrington, Illinois, and Kyle Huckins of Huntington, Indiana. He had two grandsons, Zachary Cox and Kendall Huckins, and two granddaughters, Morgan and Payton Pitcher. He leaves behind a twin brother, K Huckins (Ginger) of Miles City, Montana, and was predeceased by a sister, Lucille, and brothers Larry and Bob. Known for his dedication to family and work, D Huckins was a kind gentleman in every way. He loved coaching his kids’ sports teams, playing golf, admiring antique and restored cars, washing and waxing everything he owned, traveling, reading the newspaper and eating ice cream. He and his wife had homes in Dillon and Scottsdale. Services will be held at Brundage Funeral Home, Dillon, on April 30, 2019, at 12:30 p.m., followed immediately by burial at the town’s Mountain View Cemetery, then a reception at First Baptist Church of Dillon at Sebree & Idaho streets. Donations may be made to Sherman Home, Hospice of the Valley, 5801 E. Mayo Blvd., Phoenix, AZ 85054.

The family of Franklin D Huckins created this Life Tributes page to make it easy to share your memories.

Send flowers to the Huckins family.