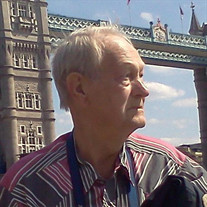 Everett “Jake” Jacobsen Everett “Jake” Jacobsen, 90, passed away peacefully at his home on March 24, 2016, after a lengthy illness. Jake was born to Albert Jacobsen and Mabel Johnson Jacobsen on the family farm west of Homestead, MT on August 22, 1925. After graduating high school in Medicine Lake, MT, he went to work for the Milwaukee Railroad in Great Falls, MT and then in 1947 for Great Northern Railroad. From October 1950 through May 1952, he served in the United States Army at Fort Riley, Kansas. After the service, he returned to work for Great Northern Railroad at Malta, MT and retired in June of 1985. On November 1, 1952, he married the love of his life, Marjorie Koubek, in Malta, MT. While in Malta, they were blessed with three beautiful daughters, Debbie, Judy, and Darla. In 1957, they moved to Shelby where their fourth lovely daughter, Colette, was added to the family. They made their life in Shelby, Montana until making the move to Dillon in June 2006. Jake was an avid stunt kite flyer, he loved model railroading, motorcycles, and there wasn’t anything he couldn’t fix or build. Above all, he enjoyed many winters roaming the beaches in Hawaii and took great joy in sharing his love with his daughters, grandchildren, and great grandchildren. He was preceded in death by his parents, Albert and Mabel; two infant brothers, Marlin and Lyle Jacobsen; sister, Lorraine Waller; brother, Roy Jacobsen; and great grandson, Trae McGinley. Jake is survived by his wife of 63 years, Marjorie; daughters, Debbie (Steve) Scott, Judy (Richard) Martin, Darla (Jim) Cherney, and Colette (Mike) McGinley; grandchildren, Andrea (Derek) Doles, Dakon (Jenny) Scott, Jessica McGinley, Robbie (Lisl) Scott, Rachael (Luke) Bracke, Jenny Kober, David (Kaylan) McGinley, Tom Martin, and Jake McGinley; great grandchildren, Cordell and Carson McGinley, Olivia and Ben Bracke, Silas and Zander Scott, and Harris McGinley. A visitation will be held Monday, March 28, 2016 from 5-8 pm. at Brundage Funeral Home in Dillon, Mt. Memorial services are planned for Tuesday, March 29, 2016 at 11 am at Brundage Funeral Home followed by a reception at Our Savior’s Lutheran Church. In lieu of flowers, Jake’s family requests any donations be made to Home Health Hospice in Dillon or a charity of your choice.

The family of Everett "Jake" Harold Jacobsen created this Life Tributes page to make it easy to share your memories.

Send flowers to the Jacobsen family.