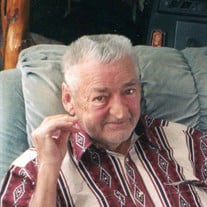 Donald H. DeShazo, 84, passed away peacefully at home November 16, 2016 with his wife and daughter by his side. He was born at the family home in Butte on February 29, 1932 to Richard and Hazel. He joined his older brother Richard Grant and sister Betty Ann. He was full of energy as a child and loved being outdoors. He attended elementary school at the Jefferson and Grant Schools and graduated from Butte High School in 1950. Don was interested in bowling and his bowling career began in high school as a manual pin setter. He joined the US Navy after graduation. Upon returning from the Navy, Don met Helen Commons and they were married. Their family began to grow and they had three daughters, Debra, Donette, and Diane. He and the family moved to different cities in Montana where he worked as a meat cutter. His love for bowling continued and spanned many years. He enjoyed the bowling tournaments and his spouse Helen accompanied him on several occasions. They also bowled together on a team for many years. Don also enjoyed fishing, hunting, and golfing. During his younger years the family would get together and go fishing. He taught his nephew Stanley Younce to hunt. The family enjoyed visiting the Grose Ranch in the Browns Gulch area outside Melrose, MT. Don had a positive attitude, deep faith and sweet disposition as he saw life from the confines of his recliner over the last several years. He would greet everyone as they came and went. He enjoyed visiting and being involved with each of our lives. He liked having the grand kids and great-grand kids come and visit. The little kids and dogs would stand in front of his chair for treats. The kids could usually talk him out of a Hershey bar or two. He loved animals and there was usually a dog or two running around. They were treated like kings and had quite the assortment of treats. Don was a good husband, father, grandfather and great-grandfather and he will be missed by all who knew him. He was preceded in death by his parents, Dick and Hazel, his in-laws, Clerance and Bess Commons, his brother Grant DeShazo, and his sister Betty Brown, several nephews and by his two daughters, Donette and Diane. Don is survived by his spouse of 63 years, Helen, his daughter Deb (Roy) Baker, grandchildren; Jerry Lee (Angie) Saari, Jason (Mindy) Saari, Cameron (Regina) Haworth, his great grandchildren; Dracy, Skyla, Kelsy, Cameron, Jaina, Jaden, Steven and Keith, and numerous nieces and nephews.

Donald H. DeShazo, 84, passed away peacefully at home November 16, 2016 with his wife and daughter by his side. He was born at the family home in Butte on February 29, 1932 to Richard and Hazel. He joined his older brother Richard Grant and... View Obituary & Service Information

The family of Donald Harry DeShazo created this Life Tributes page to make it easy to share your memories.

Send flowers to the DeShazo family.