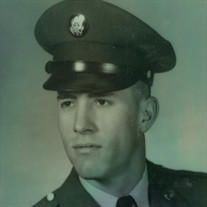 Paul Dale Zink (81) of Dillon, Montana passed peacefully on Tuesday September 10th, 2019. Dale was born March 18th, 1938 to Paul James Zink and Esther Adele McCutcheon in Dillon, Montana at Barrett Hospital. On a side note...Dad wrote most of this obituary before his passing, and even here in his best humor he wrote the following..... “On May 21st, 2041 Dale passed away and he was One Hundred Years Old.” Dad was a lifelong resident of Dillon, Mt. He attended school locally and graduated from Beaverhead County High School in 1957, served in the Army National Guard, and attended and graduated from Western Montana College in 1963 with his Bachelors and then with a Masters Degree in 1968. He met and married his first wife Marian Vardalis in 1960. They had two children Elizabeth Zink-Carlin and Michael Stewart Zink (deceased 2014). He and his first wife Marian moved to Powers, Oregon shortly after his graduation from Western Montana College in 1963, where they both taught school for several years. After two years Dale became the school Guidance Counselor and Assistant Principal but also taught as well. In 1967 he and Marian returned home to Dillon, Mt. Upon his return he became the School Guidance Counselor at Beaverhead County High School, a job in which he retained for twenty eight (28) years. He throughly enjoyed his position at the school. Years, even decades later, people remember him in his role at the school. He worked many summers with the Beaverhead National Forest Service and flew Fire Patrol over the Beaverhead Forest for nine years. He was widowed in 1993 with the death of his first wife. During the next year, Dad reconnected with an old friend from Dillon, Edith Marion McDonald. They had a long distance whirlwind romance for the next several months. However on one of the final meetings they looked at each other and asked “What are you doing for the rest of your life?” She was the love of his life. The rest is history. They married on December 26th, 1993. Marion and Dale blended their family, adding Marion’s adult children, Deborah Neves, Dennis Kaiser, Karen Kaiser, Peggy Murphy, and Carolyn Yenesel and their grandchildren together. Dale and Marion traveled extensively, seeing many botanical gardens, vistas, country trails, and meeting no strangers along the way. They both had a love of the great outdoors. They loved camping and fishing together. Dale with his 3 brothers (Ed, Jack & Jim) loved to hunt and fish in the back country of Beaverhead County. There are numerous stories of adventures with the Zink brothers and their families. In the later years Dale and Marion found Borrego Springs, California, returning often as their favorite place to winter in the inclement weather of the Montana winter months. They also thoroughly enjoyed their condo in Naples, Florida, going there often in their final years. Marion passed away just a few short months ago, on February 9th, 2019. Dale is also preceded in death by his son Michael Stewart Zink, son-in-law Christopher Carlin, parents Paul & Esther Zink, sister Carol Shafer, brother Jim Zink, sister-in-law Adele Zink, sister-in-law Gay Lee Zink, nephew Jack Zink, and other family and friends. He is survived by his daughter Elizabeth Zink Carlin, his grandson River Lachlan Nichols, brothers Jack Zink (Betty), and Ed Zink (Karen d.09/12/2019), beloved longtime family friend and former partner of Michael Zink, David B. Keith, step-children Deborah Neves (David), Karen Kaiser, Peggy Murphy (James), Dennis Kaiser (Brenda), Carolyn Yenesel (Joey), step-grandchildren Shannon (Barry), Lindsey (James), Adeena (Jon), Jordan, Julia (Kevin), Erin (Aaron), Jake (Megan), James and Andrew, and eight step great-grandchildren and numerous Nieces and Nephews. Services to be conducted by Brundage Funeral Home in Dillon, Montana. Family visitation and viewing will be Wednesday September 18th from 5 to 8 p.m. Funeral Services to be held Thursday September 19th at 10 a.m. Private internment to follow at Mountain View Cemetery. Reception to be held at the Lion’s Den September 19th from noon to 3 p.m. Donations can be made to Beaverhead County High School Student Needs fund, Attn: Ramona, 104 North Pacific Street, Dillon, Montana 59725.

The family of Dale Zink created this Life Tributes page to make it easy to share your memories.

Send flowers to the Zink family.