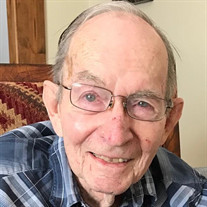 The Risk of Love is Loss, and the price of loss is grief – But the pain of grief is only a shadow when compared with the pain of never risking love. (Hilary Stanton Zunin) Clifford Marion Shipp departed this life on 18 December, 2019.The oldest son of Virgil and Inez Shipp, Clifford was born on 21 February, 1930 in Mineola, Texas. After graduating from high school in Orange, Texas, Clifford attended North Texas State University earning both a Bachelor’s and Master’s degree in 1952. Clifford served his country in the United States Air Force during the Korean War attaining the rank of CW2, leading the United States Air Force Band and establishing a life-long friendship with a now renowned composer by the name of John Williams. After returning to civilian life Clifford went on to earn a PhD at North Texas State University in 1960. In 1962 Clifford transitioned to Fulton, Missouri where he accepted an appointment as Professor of Music at William Woods College where he remained for 21 years serving in various positions including Academic Dean and Executive Vice President. In 1967 Clifford married the love of his life, Mary Jane McCoy. The couple shared a love of music, travel and the outdoors. Over the course of their 52 years of marriage, Clifford and Jane raised their children, taking the family on many camping and fishing trips across the United States, established a love (and talent) for gardening and continued to share the musical talents they both embraced. Following his tenure at William Woods College, Clifford transitioned to St. Louis Conservatory and Schools for the Arts in 1983 to lead the institution as President. Clifford remained in St Louis for six years, at which time he accepted an appointment as Dean of the College of Arts and Architecture and later Executive Director, Montana State University Foundation in Bozeman, Montana. In 1998 Clifford retired and devoted his early retirement years to growing hundreds of peonies at the home in Bozeman. In 2003, Clifford and Jane moved to Dillon, Montana where he supported Jane in her ministry as Rector of St. James Episcopal Church, frequently playing the piano during services. Even when age and later, dementia began to limit his activities and abilities, he continued to find peace and joy playing the piano. In May, 2016, Clifford moved to the Legacy in Dillon, Montana and to the delight of many of the residents, shared his musical talent on a regular basis. Over the last three years of his life, dementia took much from Clifford, but what remained constant was his love for Jane, his children and his Faith. In addition to his wife Jane, Clifford is survived by his son Joseph Michael (Lesa) of Joint Base Andrews, MD, daughter Elizabeth (Katrina) of Johnson City, TN, grandchildren Ben (Amanda), Emily Nelson (Dane), Kloee Midkiff (Austin) and Guthrie (Ashlee) and eight great grandchildren (with another on the way!). Clifford is also survived by his younger brother John (Betty), their two children Paul and Adrienne Rhoads (Colin) and their two children as well as a cousin Jonathan W. Shipp of Payson, AZ. The family would like to thank the Staff of the Legacy for their compassionate care of Clifford during his final years; their love for him was obvious. Heartfelt gratitude is also extended to Barrett Hospital Hospice for the comfort and care provided during his last months and days. A service of the Burial of the Dead and Holy Eucharist will be celebrated on January 21, 2020, at 1:30 PM, at St. James Episcopal Church, Dillon, Montana.

The Risk of Love is Loss, and the price of loss is grief &#8211; But the pain of grief is only a shadow when compared with the pain of never risking love. (Hilary Stanton Zunin) Clifford Marion Shipp departed this life on 18 December, 2019.The... View Obituary & Service Information

The family of Clifford Shipp created this Life Tributes page to make it easy to share your memories.

The Risk of Love is Loss, and the price of loss is grief – But...

Send flowers to the Shipp family.