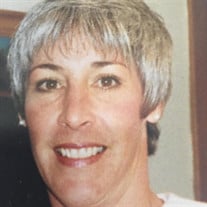 Beverly “Bev” Humphrey-Galiger, 66 Beverly Anne Humphrey-Galiger was born November 23, 1953 in San Antonio, TX. She was adopted as an infant by Dr. Louis and Elizabeth Bohn. Bev joined her adopted brother Emil to complete the Bohn family. The family spent time in Midland and Austin, TX before living in the Dominican Republic and Bolivia while Louis worked with the Foreign Service. In 1960, the Bohn family moved back to California and settled in Tracy in 1964. Bev graduated from Tracy High School in 1972, where her father was the superintendent. Bev attended college at Montana State University where she earned her Bachelor of Science in Nursing. Montana State University is where Bev met Nyles Humphrey, a professor and head track coach. Bev and Nyles married in 1977, and moved to Dillon, MT where Nyles was named as athletic director and track coach at Western Montana College. Bev and Nyles settled in Dillon both taking active roles in the community, Bev as a well-respected registered nurse. In 1980, Bev and Nyles welcomed their son, Just Nyles Humphrey and four years later their daughter, Anne Selyn Humphrey. As many know, Nyles was in a tragic accident in 1994, and later passed in 2013. Bev met Bill Galiger in Dillon, and they married in 1999. Bev never fully retired from Parkview Acres because long term care was her passion as a nurse. Bev remained in Dillon until her passing. Bev is preceded in death by her father Louis A. Bohn, late husband Nyles R. Humphrey, Nyles’ parents Nyles L. and Camille Humphrey. Bev is survived by her husband Bill Galiger, mother Elizabeth Bohn, brother Emil (Christy) Bohn, son Just (Jamie) Humphrey, daughter Anne (Brett) Litle and four granddaughters who were her pride and joy, Natalie, Harper, Leightyn and Raegan. A private family service will be held in Tracy, CA next summer. The family will host Bev’s many friends for small celebration of life in Dillon at a later date. The family asks in lieu of flowers that you invest or donate to a child you know towards their opportunity for higher education. Mom, we are proud of you and would not be the people we are today without your unwavering love and support. “End of story. Period.”

The family of Beverly Humphrey-Galiger created this Life Tributes page to make it easy to share your memories.

Send flowers to the Humphrey-Galiger family.