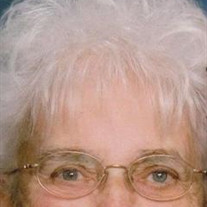 Betty Tindall Obituary Betty Lou Marie (Downen)Tindall passed away peacefully Tuesday, August 26thin her home surrounded by family. Betty was born on July 4, 1930 in Canova, South Dakota to David and Nellie (Daniel) Downen. She graduated from Meade High School in Spokane, WA. Following high school her Dad was transferred to Lewistown, MT where she worked at the Bon Ton and met the love of her life, Herb Tindall. They were married at St. Leoâ€™s Catholic Church in Lewistown on August 8, 1948. She spent her life in Lewistown raising three daughters until in 2007 when Herb died. She then moved to Iowa to live with Sue. They returned to Montana in 2011 so Betty could be closer to her daughter Nancy and her grandchildren and great grandchildren whom she adored. Betty was active in Eastern Star. She was Worthy Matron of Marie Chapter# 36, she served as the Worthy Grand Matron of Montana Order of the Eastern Star. Betty was also active in Daughters of the Nile, serving as Queen of Bath Zabbia Temple No. 21. Later in life she began her own formal attire business, Betty Tâ€™s, which she greatly enjoyed and it allowed her to travel all around the state and Canada. She was an avid Trap shooter, loved doing genealogy and she traced her and her husbandâ€™s family lineage back to the 12th century. She loved feeding people and always saw that anyone who went hunting with Herb or worked with him ate a hearty breakfast and had a lunch to take with them. The reward for a good hunt was always a family recipe Butterscotch pie. In her later years she loved Facebook and playing Words with Friends. Most recently she had a wonderful group of friends who came and played games with her weekly. She is survived by her daughters, Nancy Bunn and Sue Eades, a Son-in-law Roy Bunn(who was truly like a son to her); 8 grandchildren: Angela (Bunn) Woolet (Randy), Jennifer (Bunn) Brown (Tony), Elizabeth (Bunn)Bruchez (Matt), Troy Eades (Vickie), Brent Eades (Mandi), Jaimie (Marshall) Sanderson (Tyson), Chris Marshall, Katie (Marshall) Lanini (Chris); 18 Great Grandchildren and 5 Great Great Grandchildren. She was preceded in death by her parents, her beloved husband Herb and her youngest daughter, Debbie (Tindall) Marshall. There will be two services held to Celebrate her life. Tuesday, September 2nd at 11:00 am at St. James Episcopal Church in Dillonâ€”where she finished her journey in faith. There will also be a Celebration of Life in Lewistown on Thursday, September 4th at 1:00 pm at St. James Episcopal Church, Lewistown. Memorials may be made to the Hospice program in your own community or the COPD Foundation. $(document).ready(function(){ });

The family of Betty Tindall created this Life Tributes page to make it easy to share your memories.

Send flowers to the Tindall family.