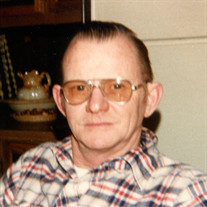 On January 31, 2016, Arnold Allen Epperson,82, passed away in his sleep and is no longer in pain. He was born August 10, 1933 in Glasgow, Missouri to Isabel and Gordon Epperson. He is the youngest of five siblings: Lindy, Chere, Patsy, and Katherine. He was raised on the Missouri River. He joined the Navy at 17 years of age. He served his country for 20 years in the Korean and Vietnam Wars earning various medals. He retired from the Navy to Butte, Montana and went to work for Montana Power for 24 years as a machinist foreman. He then retired to Dillon, Montana for the next 25 years as he loved this community. In Dillon, he had a side mechanic business that he loved until he became sick. Al was a 32nd degree Mason, belonging to Butte Lodge 22 and was proud to be a Shriner and a Potentate's Aid. The NRA has lost Montana's longest reining member of 65 years. He loved to hunt and fish and have a cold beer with his friends. Al married Katherine Applegate on July 2, 1980 and they were married 35 ½ years at his passing. He is survived by his wife, Katherine Epperson, his daughter Debbie Lee Epperson, two sons, Jess Allen Applegate (Julie) and Gregory Dion Applegate, 11 grandchildren (Misti, Christi, Madison, Ashley, Cody, Briar, Bonner, Sophia, Kassidy, Hailey, and Eli), a brother in law, Kenneth Wheeler (Patricia), and sister in law Darlene Smith (Dennis). He was preceded in death by his parents, Isabel and Gordon, and brother Lindy. There will be a small memorial on Saturday, February 6, 2016 at Brundage Funeral Home at 11:00 am with a reception to follow at Grace Bible Church on Laknar Lane. In lieu of flowers, please make a donation in Arnold's behalf to the Shriner's Hospitals, The Masonic Lodge, or a charity of your choice.

On January 31, 2016, Arnold Allen Epperson,82, passed away in his sleep and is no longer in pain. He was born August 10, 1933 in Glasgow, Missouri to Isabel and Gordon Epperson. He is the youngest of five siblings: Lindy, Chere, Patsy, and Katherine.... View Obituary & Service Information

The family of Arnold Allen Epperson created this Life Tributes page to make it easy to share your memories.

Send flowers to the Epperson family.